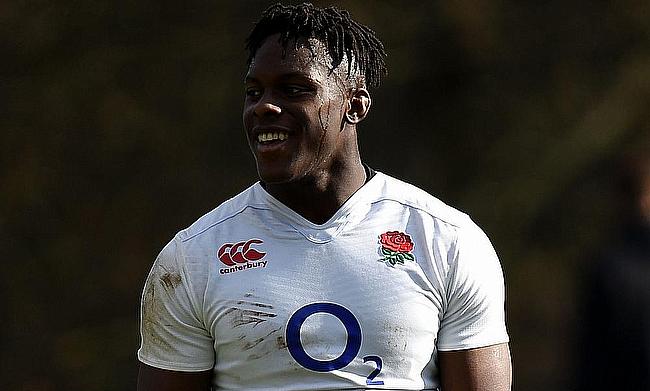 Round 5 is in the bank and the majority of teams are now halfway through their respective seasons.

The short, sharp shootout has created plenty of intrigue and drama and whilst there are still twists and turns to be had, the playoff race narrows with each passing week.

Yet another last gasp win was just one of the highlights of a pulsating round of action so here’s what happened:

Ealing sent out another huge statement as they came away from the Mennaye with a handsome win and another maximum haul.

The Trailfinders didn’t have it all their own way, being made to work by their Cornish counterparts before pulling clear in the final quarter and finishing with a flourish.

Pirates will be frustrated to have ended up empty-handed and to lose by such a wide margin having stayed in the contest for much of the game. It all means back-to-back losses have now seriously dented their playoff credentials.

As fits their regular script this season, Ealing notched their first try in the opening minutes. This week, it was the turn of half-centurion Elliot Millar-Mills to bust over, Craig Willis converting for a 7-0 lead.

It took nearly half an hour of play for the next scoring action when a Will Cargill penalty put Pirates on the board towards the end of a combative first half.

With the final play of the opening period, Ealing added a second. They pinched a Pirates lineout before James Cory-Redden was eventually sent over, seeing his side into the break with a 12-3 advantage.

That momentum was extinguished soon after the resumption as Shae Tucker pounced and Will Cargill added the extras to put the Pirates back within two.

Sadly for them, that was as good as it got as a spate of infringements for the hosts saw skipper Tom Duncan sent to the bin with Tucker joining him soon after, providing the foothold Ealing needed to flex their muscles.

A score from Angus Kernohan and a bonus-point try via Kieran Murphy gave the visitors a commanding 26-10 lead with 20 minutes to play.

They added late gloss to the scoreline when Jordan Burns darted over before Shaun Malton dotted down with the final play.

Doncaster continued their superb start to the season as they overcame Jersey with yet another battling display.

The Reds provided a stern test, with neither side able to secure varying bonus points despite having most of the second half to do so.

The Channel Islanders started the contest better, their pressure resulting in a successful penalty goal from Brendan Cope for an early lead. Doncaster’s Sam Olver was able to return the favour and level the scores, but only for a matter of minutes.

Scrum-half Max Green showed his nous to run in a converted try from a tap penalty for Jersey, but that turned out to be their last scoring action. The Knights restored parity when the evergreen Matt Challinor crashed over before Jack Spittle cruised in to put Doncaster into the lead for the first time late in the half.

It got even better for the Yorkshiremen in the second period as Kyle Evans crossed for a third with over half an hour to play.

The action was rather quelled from there as Olver could not extend the buffer from the tee whilst Robin Hislop was also sent to the bin. Both defences held firm for the remainder of the contest meaning Doncaster emerged with a 22-10 victory and a fifth successive win.

It wasn’t pretty, but boy was it dramatic.

Hartpury scored a try with the last play of the game to snatch victory and deny Nottingham what would have been a first win of the season.

It was tough on the visiting Green and White, who had taken just minutes to score the first try of the game as Michael Stronge supported well to open the scoring for an early 5-0 Nottingham lead.

Pury closed the gap when Josh Bragman notched a penalty, and he then added a conversion to Robbie Smith’s try for a 10-5 advantage which they held on to into the break despite Will Crane’s yellow card.

That’s how the score stayed until the final quarter, when the lead changed hands on two more occasions. First, the pendulum swung in favour of Nottingham when an Alex Dolly penalty was swiftly backed up with a quick-thinking cross-field assist for Theo Manihera to score. The visitors now had a 13-10 advantage as time ticked away, but a second unsuccessful conversion was to prove crucial.

Hartpury’s chance looked to have gone when they coughed up a late opportunity, but with the clock in the red, it was left to Max Clementson to score the winner for the home side, inflicting a cruel final blow on their opponents in the process.

Saracens showed their ruthless edge against a game Bedford, who they ultimately outgunned and outclassed, thanks largely to their returning England contingent.

Maro Itoje and Billy Vunipola helped themselves to first-half braces, whilst Bedford mustered up two penalties from the boot of Tommy Matthews.

Manu Vunipola added three conversions on the first occasion he, Billy and Mako had started together, and Saracens had a 26-6 half-time lead with the bonus-point sewn up.

A great start to a crucial run of games, read all about today's victory. #StrongerTogether ????

The Men in Black improved upon that soon into the second period, with Aled Davies finishing things off before Bedford registered their sole try of the afternoon through Pat Tapley after a scything move.

From there, Sarries made full use of their squad and turned the screw even deeper. Sean McCarthy was sent to the bin to hamstring the Blues further and the hosts added further scores through Jaco Venter and Andy Christie.

The Saracens pack was to thank for most of their tries, so it was fitting that their dominant scrum had the final say winning a penalty try in the closing stages.

This was a lively old affair that saw Coventry eventually come away with a second successive bonus-point win, but it wasn’t a quiet afternoon at Butts Park.

Cov were quickest off the line, breaking from their own half before the ball found its way to Andy Peters who scored in the corner.

Ampthill were able to close the gap through the boot of Louis Grimoldby soon after, but when Dave Ward became the first man sent to the bin, the hosts were able to add their second try almost immediately as Cameron Jordan dotted down.

However, the A’s snatched back momentum either side of the break. First, they struck through Alex Humfrey after Senitiki Nayalo and Ryan Burrows had been sent to the naughty step, and Grimoldby’s conversion left his side with a 12-10 half-time deficit.

They followed that up by taking the lead for the first time minutes into the second period when Jeremy To’a went over, but the away side found themselves unable to build on that dominant period, as Cov wrestled back some impetus and with it the game.

Nayalo made up for his earlier indiscretion to force his way over after some sustained Coventry pressure, leaving the final quarter to play out a battle royale with both sides looking for the telling blow.

After Ampthill were unable to find a winner, Coventry turned the ball over and worked their way up the pitch from deep in their own territory. From there, the honours went to Josh Barton who scored the decisive try and with it the bonus point, capping off a memorable affair and another breathless round of action.