Durham and Exeter lead the way in BUCS Super Rugby 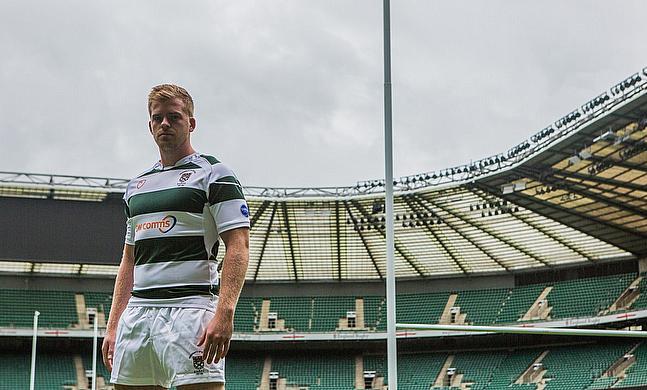 Durham University continued their fine start to the BUCS Super Rugby season as they picked up a third successive victory on Wednesday.

Alex Keay’s side are the only team with a 100 per cent record this term after beating Cardiff University, but the early table toppers are joined at the summit by the University of Exeter who saw off Northumbria University.

With both Durham and Exeter level on 14 points, current champions Hartpury are on the coattails of the frontrunners after beating Loughborough whilst there were also excellent wins for Nottingham Trent and the University of Bath this week.

Below is a full round-up from BUCS Super Rugby as well as our usual review of university rugby action.

Durham maintained their 100 per cent start to the BUCS Super Rugby season as they defeated Cardiff University away from home.

Two penalties and a converted score in the first period gave the visitors a 16-12 lead while Gareth Ansell and Adam Sabri crossed for Cardiff.

However, two tries - one coming from Marcus Ramage - gave the hosts a five-point lead, but Durham dealt the decisive blow in the final 10 minutes as Alex Keay’s side clinched their third consecutive win of the campaign.

The University of Exeter scored five second-half tries as they beat Northumbria University at Sandy Park.

Pierre Thompson went over on two occasions in the first half as the domestic champions led 14-10 at the break, while Northumbria notched a score of their own as well as penalty.

(FT") @ExeterUniRFC 45 - 24 @NorthumbriaMRU , Exeter come up with a great result in front of the large home support! Well done to Northumbria who put up a good fight till the end, we shall see you at your place and have a safe journey home #EXENOR #BUCSSuperRugby

But the home side were clinical after the interval as Charlie Davies, Josh Pieterse (2) and Sal M’boge (2) all crossed to hand the Green and Whites their second win of the campaign.

Northumbria did cross twice in the second period, but Darren Fearn’s side fell to back to back defeats.

Three Hartpury tries were scored in the opening quarter as Nathan Chamberlain, Alex Gibson and Will Crane all crossed for the hosts.

Loughborough hit back with a try of their own, but Hartpury stayed in control of the contest as Ervin Muric crashed over on the stroke of half-time.

A penalty from Chamberlain and a fifth score via Toby Venom gave Hartpury a 29-point advantage, but Loughborough sparked into life in the final quarter.

Three scores in the remaining 15 minutes saw the Midlands club seal a try bonus-point, but despite their fightback, Hartpury were able to clinch maximum points.

After the break, Met got themselves right back into the contest as replacement Dan Kennett touched down and with 10 minutes remaining, they trailed by just six points as Russell Bennett landed a penalty.

However, Trent did well to control the final stages of this contest after having a player sin-binned and they held on for their second victory of the season.

The University of Bath secured back to back BUCS Super Rugby victories following a last-gasp win over Leeds Beckett in the Anniversary game at the Rec.

Finn Murphy and Jack Davies dotted down in the first period for the Blue and Golds, but they trailed 17-12 at the break following Beckett tries via William Lewin and Dan Grant-Adamson as well as seven points from the boot of Steffan James.

Ed Rimmer and Jack Kenningham got Bath off to the perfect start in the second half as the hosts went 26-20 up, but it looked like Beckett had snatched the victory following Hayden Thompson-Green’s powerful score in the final 10 minutes.

However, the visitors were to rue their indiscipline as they conceded a late penalty and Hugo Stiles kept his nerve to slot over the decisive kick which sealed Bath’s second win of the season.

Last minute penalty left down to you to secure the win? ??

University of Bath captain Tom Doughty: “I am immensely proud of the boys. We said that we would stick in there for 80 minutes and stick to all our messages. We did exactly that and we came out on top.

“We said before the game, that on big occasions like this, the team that comes out on top is the team that keeps cool under pressure. Credit to the coaches and the players for all the hard work this week.

“We said after our first win, more wins will follow so hopefully this is the start of something good. We want to improve on last season so that means winning the semi-final and getting to Twickenham so that is our end goal.”

Man of the Match Steffan James (Leeds Beckett): “It is tough to take. We were good in patches, but over the whole 80 minutes, I don’t think we were good enough to win the game and probably didn’t deserve it. Every credit goes to Bath.

“We brought it [the late penalty] on ourselves. We have probably got to be quicker to roll away. The boys gave everything for 75 minutes and we have just been pinged. It is one of those things.”

Last year’s BUCS Championship finalists, the University of Exeter and Hartpury University, both maintained their 100 per cent records in Premier South. Exeter hammered the University of Bristol 85-10 while Hartpury also secured a huge win after beating Oxford University 79-0. The other result in the division saw Cardiff Met claim the bragging rights in South Wales after defeating the University of Swansea 64-14.

Newcastle University and Durham 2nds secured their third victories of the campaign in North A. The early frontrunners were able to maintain their perfect records as Newcastle beat the University of Birmingham 45-29 while Durham picked up a 48-31 victory against the University of Edinburgh

Hartpury 2nds sit at the summit of South A after their third win on the spin. The Gloucestershire outfit beat UWE 52-14 while the University of South Wales edged Exeter 2nds 35-30. Also in the division, the University of Bristol clinched a 33-10 win over Cardiff Met 2nds.

It is two wins from two for St Mary’s University in South B as they narrowly beat Hartpury 3rds 39-34 in Gloucestershire while Cardiff 2nds thrashed the University of Portsmouth 52-19.

The University of St Andrews remain on top of Scottish 1A after a 22-20 win over Herriot-Watt University in the capital. Scott Lawson’s side are four points clear of the University of Aberdeen who made it two wins on the spin following a 29-22 victory against Edinburgh 2nds.

Newcastle 2nds secured maximum points for the second week in a row as they defeated their 3rd XV 39-12 on Wednesday. Hot on the heels of the north-east university are Manchester Met after Rob Jones’s side comprehensively beat the University of Liverpool 38-8. The other result in this league saw Durham 4ths claim their first win of the campaign after they secured a 32-19 victory over the University of Hull.

Sheffield Hallam University smashed their way to the top of Northern 2A as they hammered UCLAN 73-7 in Lancashire. Lancaster University also made it two wins from two as they beat Manchester 2nds 25-17 away from home.

The 1st XV remain unbeaten so far with a 73-7 score against @UclanRugby, massive performance from the boys.

Northumbria 2nds thrashed Leeds Beckett 4ths 76-31 to stay on top of Northern 2B. There were better fortunes for Leeds Beckett 3rds as they defeated Sheffield 2nds 39-14 while the University of York beat Leeds 2nds 22-17 to also make it two wins from two.

The University of Chester made it two bonus-point wins on the spin as they beat Edge Hill University 41-3 to move to the top of Northern 3A and they are a point clear of second placed Manchester Met 2nds after they won 17-12 against Liverpool John Moores University.

In Northern 3B, York St John University comfortably beat Sheffield Hallam 2nds 40-0 to make it two wins in a row while Leeds 3rds picked up their opening victory of the season following a 31-17 triumph over Newcastle 4ths.

The University of Warwick secured their first win of the term as they beat Oxford Brookes University 25-6 on their travels while there were also maiden victories for the University of Leicester and Harper Adams University following triumphs over Nottingham Trent 2nds (48-14) and Loughborough 3rds (15-7), respectively.