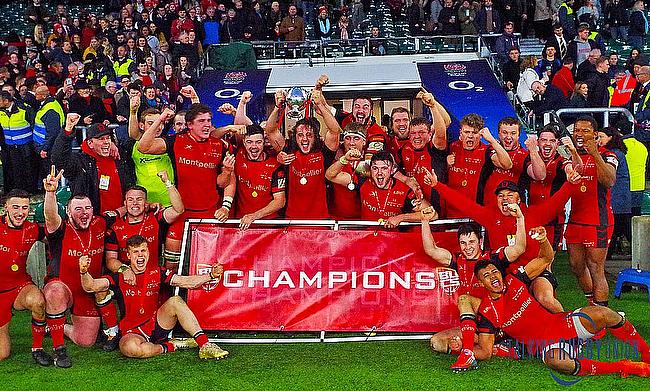 Hartpury Head Coach Sean Lynn believes a solid start to the BUCS Super Rugby campaign is important if his side are to replicate their success of last season.

Lynn’s side won just one of their first seven matches, but Hartpury pulled off a remarkable fightback to claim successive titles.

The Gloucestershire outfit went on to pick up 11 victories from their remaining 12 games, including the triumph against Cardiff Met back in April.

The current champions have begun this season with a victory against newly promoted Cardiff University, but they fell to a narrow defeat at Northumbria University last week and Lynn is keen for his side to build some early impetus if they are to achieve silverware for the third consecutive year.

“It is a better start to what we had last year,” said Lynn. “We’ve picked up seven points from two games and we sit third in the table.

Northumbria sit at the top of the tree at the end of Round 2 ??#BUCSSuperRugby pic.twitter.com/YcMdqIW6zF

“We always knew Cardiff University was going to be a tough place to go and we were over the moon to get the bonus-point victory.

“We know Northumbria play a good brand of rugby especially at home and I was gutted about the loss, but we picked up two points so all in all, we are happy with it.

“Starting well is important and it is important for every side. You can build up that momentum because the league is so competitive. The camp is always a happy camp when you are winning.”

Hartpury have won both of the BUCS Super Rugby Championship titles since the competition began in 2016 and the holders may well have their sights set on a hat-trick of trophies.

Lynn knows Hartpury cannot get too far ahead of themselves, but after having to change a few personnel within the squad due to injury or players finishing their degrees, he does believe his side can push on from last year’s achievements.

He added: “It is the same again for us. We just take each game as it comes and every university will be different as well because it’s a new cohort of boys.

“For us, some boys won the Championship last year and some are new to it. That is the nature of the beast when playing university rugby.

“It is about building on what we had last year and trying to replicate what we achieved. I have full confidence in the new boys that have come in so we are looking forward to the rest of the season.”

Next on Hartpury’s agenda is the visit of Leeds Beckett in BUCS Super Rugby’s live Wednesday night game.

The Yorkshire side finished above Hartpury in the table last season, but they were defeated by the current holders in the quarter-finals of the BUCS Super Rugby Championship,

Beckett have also won just one of the last seven meetings with Hartpury and they begun this term with a loss against domestic BUCS Super Rugby winners the University of Exeter.

Leeds’ second game against Nottingham Trent was postponed, but they did pick up a Varsity win against the University of Leeds last Wednesday.

With that in mind, Lynn is fully aware of the threat the away side will pose tonight.

“We always find Leeds a very tough opposition to play against,” Lynn added. “Kerry [Wood] and Colin [Stephens] always seem to get really big boys and we know their set-piece is very good for them.

“We have to be ready for that and it is about us really being disciplined and taking our opportunities when we can.”

Don’t forget, our other featured BUCS leagues are in action this week so stay tuned to TRU for all the latest #unirugby news.