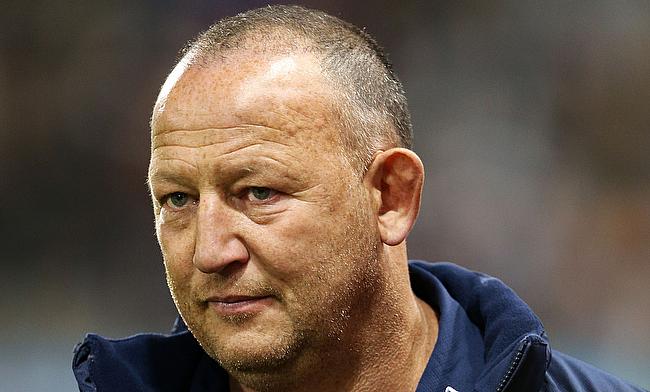 Sale Sharks have confirmed that forwards coach Dorian West has penned a new two-year deal with the Gallagher Premiership club.

West, who has played 21 Tests for England between 1998 and 2003 joined the AJ Bell Stadium outfit as an assistant coach in September 2018 on a interim basis but now has been offered a permanent two-year contract following the club's decent outing this season where they are behind fourth placed Harlequins by just six points.

West also has coached England U21 side in the past and had a successful stint as forwards coach with Northampton Saints and guided them to a top of the table finish during the 2015 season under Jim Mallinder before they lost the final to Saracens.

“I am delighted to have signed a permanent deal at Sale, I have really enjoyed the last 8 months with the Club and I can already see progress being made within the team," he said.

“The ambition and direction being shown by Dimes and supported by our owners Simon and Ged is second to none and to say I am excited for what the future holds, would be an understatement.

“I would like to thank Steve for giving me such a great opportunity and we are looking forward to finishing the Gallagher Premiership season on a high, and building on the improvements we have made this year to create a formidable pack capable of challenging at the top of professional game.”

Sale Sharks director of rugby Steve Diamond is confident that the experience West possess as a player and a coach will benefit the club.

“Earlier in the season it became apparent that we needed some extra bite within our forwards and some organization within our set piece.

“Dorian has an abundance of experience within the game met all the required criteria we were looking for in a coach.

“Since joining ‘Nobby’ has fitted into the environment at Carrington seamlessly and his hard work and commitment is already showing dividends.”