Doncaster and Bristol Set for Intriguing Matchup in Play-off Final 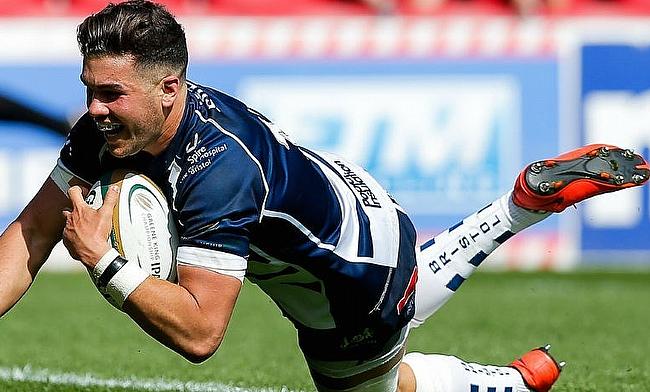 Last week I wrote that both Doncaster and Bristol, despite both picking up comfortable wins in the opening leg of their respective play-off ties, still had considerable work to do in seeing out a two-legged win as action moved back to their home stadia this weekend.

Ultimately both delivered to once again set up a hugely intriguing encounter to decide who will be the Premiership’s newest side for the 2016-17 season.

Bristol continued to flash their credentials as title and promotion favourites as they comprehensively dispatched Bedford Blues 45-19 for a final aggregate scoreline of 90-35. Ironically considered the heir apparent to the Championship title since their initial relegation to the second tier in 2009, Bristol’s impressive performances over the last fortnight in making short work of the fourth ranked Blues once again has them as definitive favourites for promotion in three week’s time.

This season however it is Doncaster’s turn to assume the mantle of David to Bristol’s Goliath. Something of a surprise force in the Championship this season, the Knights have already stressed their own promotion accreditation in prevailing over the side many considered to be the sole rival to Bristol in the hunt for the title this season - Yorkshire Carnegie. Although Doncaster fell to a narrow 17-14 defeat at home to Carnegie on Sunday, they were still able to secure their place in the promotion decider by virtue of their superb 30-17 victory last weekend that saw them run out 44-34 aggregate winners.

Doncaster’s victory alongside Bedford’s defeat has also ended any hope that London Irish will avoid playing in the Championship next season; both of Sunday’s victorious sides have met the Premiership’s stadium standards ensuring regardless of who emerges as Championship champions in three week’s time, the Exiles are guaranteed to be relegated.

Ahead of the play-off final, the key for Doncaster in condemning Bristol to a third straight play-off final defeat will be in containing a star-studded squad who have match-winning players in a host of key positions. Scrum-half Martin Roberts played the key role in their triumph over Bedford this weekend grabbing a brace of tries, but the Knights will also have to be wary of Luke Arscott, Tom Varndell, David Lemi and Jack Lam, all of whom have experience of top-flight domestic rugby, and aside from Arscott, international caps.

Bristol meanwhile will face an abrasive Doncaster side whose hallmark this season has been the dominant form of their pack. Lacking perhaps the marquee talent of millionaire-backed Bristol, the Knights will instead look to draw their opposition in and beat them up front, in similar fashion to how they overturned Yorkshire across the last two weekends.

There are storylines aplenty heading into the first leg of the play-off final in a fortnight’s time; Bristol seeking to avoid a third straight experience of falling at the final promotion hurdle, Doncaster possibly reaching the Premiership for the first time since becoming a professional club in 2006, the possible departure of Bristol head coach Andy Robinson whose position is now under extreme scrutiny, or how Doncaster have gone from a 9th place finish in 2014-15 to proving themselves as one of the two best sides in the Championship.

But at its most simplistic interpretation, the upcoming Bristol – Doncaster clash is the epitome of the one story we all love to see played out on rugby pitches every season; it is a David vs Goliath matchup with one of the biggest (and most financially profitable) prizes on the line; validation as a Premiership rugby club.