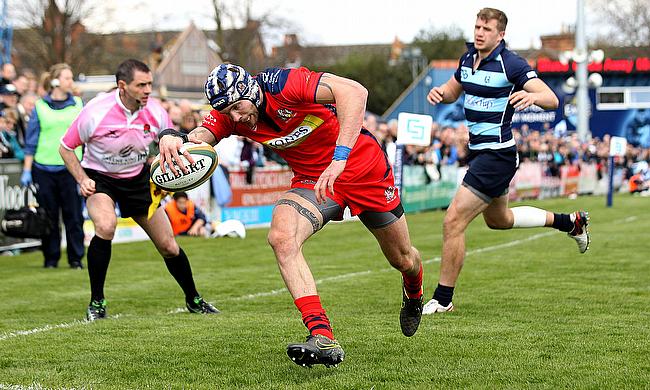 There are two clichés that are particularly pertinent to the game of rugby union:

First is that it’s not how you start a game, it’s how you finish it.

The second is that it is imperative that you turn your home ground into an impenetrable fortress.

On Sunday afternoon, Bristol Rugby’s and Doncaster Knight’s comfortable wins over Bedford Blues and Yorkshire Carnegie respectively in the opening round of this season’s Championship play-offs are the latest validation of the latter truism.

Both Bedford and Yorkshire, unable to capitalise on their initial home field advantage, now face a difficult (if not almost-insurmountable task in the case of the Blues) of venturing to Ashton Gate and Castle Arms Park and overturning a substantial deficit in order to reach the play-off final and a chance at domestic glory.

For Doncaster and Bristol meanwhile, although both sides impressed in clinically dispatching their opposition and generating healthy leads ahead of next Sunday’s return legs, it is the former mantra that must be remembered; although both sides have put themselves in position to meet in the promotion decider in two week’s time, there is still a full eighty-minutes of rugby left to be played in both ties. Their job is only half done.

Perennial promotion favourites and this season’s league winners Bristol admittedly look a lot more comfortable heading into next weekend’s second leg action. The big-spending West Country side systematically dismantled Bedford at Goldington Road 45-16 to grab a 29-point lead that the Blues – importantly the only side for whom overall victory in the play-offs would not ensure promotion into the Premiership next season due to an inability to meet stadium criteria – look hard-pressed to overturn, especially at a raucous Ashton Gate that has been the very definition of a fortress for Bristol this season.

The path to the play-off final appears a little less defined for this season’s Cinderella story Doncaster, however. Although Director of Rugby Clive Griffiths will undoubtedly be ecstatic with a composed performance that allowed the Knights to conviningly triumph 30-17 away at Headingley and put them in an excellent position to achieve a surprise promotion berth, Yorkshire Carnegie's collection of talent are more than capable of recuperating the 13 point deficit they're conceding when play moves from West to South Yorkshire next Sunday. One feels Doncaster have much less leeway to give than Bristol in ensuring their progression into the play-off final.

Conventional logic would suggest that the impressive nature of both Bristol’s and Doncaster’s away triumphs on Sunday should all but guarantee they will meet in the play-off final in a fortnight’s time.

However before we pencil anything in definitively, it is worth remembering the two mantras written at the top of the article; regardless of aggregate score, neither tie is over yet and now its Bristol and Doncaster’s turn to prove they can use their home stadia to their advantage in a way that Bedford and Yorkshire failed to do this weekend.