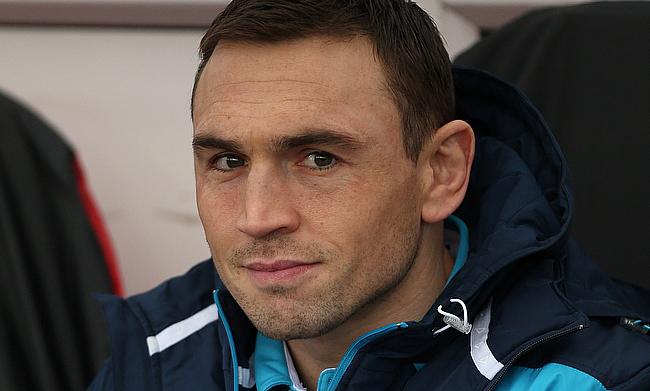 Kevin Sinfield will finally bring his dual-code playing career to an end next month but says he could return to Headingley in an administrative capacity.

The former England captain brought down the curtain on his distinguished league career last October after guiding Leeds to the domestic treble and will cut short his stint in rugby union at the end of Yorkshire Carnegie's promotion play-off campaign.

Sinfield, who had 12 months left to run on his contract with Carnegie, has not declared his immediate plans but is expected to make use of a masters degree in sports administration.

His former team-mate and fellow student Jamie Peacock took up the newly-created position of football manager at Hull KR following his retirement in October and Sinfield has not ruled out taking up an off-field role with his old club.

"I'd love to in the future," Sinfield said. "We'll see what happens with that but the obvious one would be playing a part with the Rhinos given my 19 years there.

"It may be a dual role I'd pursue but we'll see. I don't want any favours, it needs to be something that benefits everyone."

Sinfield, who hopes to help Carnegie win promotion to the Aviva Premiership as his last act, admits it was with a heavy heart that he came to his decision to hang up the boots after 20 years as a professional rugby player.

"It's difficult to make the decision," he said. "I'm probably only 99 per cent sure sat here today. I don't think you're ever sure of any decision.

Despite missing the start of the season, Sinfield is the leading scorer for Carnegie with 117 points in his 14 appearances so far. He helped the team reach the final of the B&I Cup and a third-place finish in the Greene King IPA Championship.

Carnegie will play Doncaster on Sunday in the first leg of their semi-final, with the aggregate winners progressing to the two-legged promotion-deciding final.

He scored 3,967 points from 521 appearances for Leeds and won 40 caps for England and Great Britain, captaining his country in the 2013 World Cup, while his career total of 4,231 points, from 569 matches, puts him third in the all-time list.