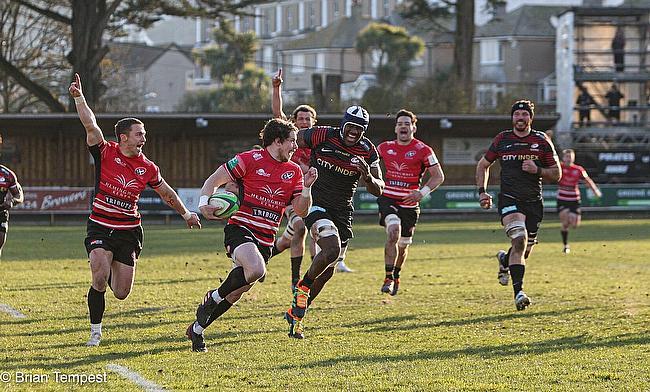 For the past 12 months, all that stood between Cornish Pirates’ St Piran’s weekend win over Saracens was a 26-13 pre-season victory against Jersey.

Their triumph on the opening day of the new Championship campaign was a whole squad effort, with players at most getting 60 minutes out on the Mennaye Field. In stark contrast, since the first lockdown, Saracens have completed a Premiership term, played in a pre-season tournament and they even had access to current internationals for last weekend's fixture.

Saracens had a 10-8 lead at the break, their points coming thanks to unconverted tries from Sean Maitland and Alex Lewington.

Pirates were more than just in the game at half-time, though. Luke Scully’s penalty and Tom Duncan’s try kept the Cornishmen competitive in the season opener. The second period was as intense as the first, with the home side scoring a converted try through Dan Frost to go ahead.

Former Scotland international Tim Swinson then crashed over the whitewash, Manu Vunipola’s conversion putting the Londoners in front for the third time in the game, but it was another Scully penalty and Rhodri Davies’ late try which made for a famous victory in the south-west.

Mark McCall’s Saracens team had 165 Test caps amongst its ranks. World Cup winner Vincent Koch was one of the names on everyone’s lips, but it was in the facets of the game which Saracens are usually most proficient at where Pirates outshone their opponents.

Former Saracens Academy lock Danny Cutmore was influential when it came to the lineout against his ex-club whilst at the scrum, Cornish were dominant, winning penalty after penalty at the set-piece, compounding the opposition’s frustrations.

Playing for 79 minutes, tighthead prop Jay Tyack was one of the root causes of the Sarries annoyances, although the highly-rated 24-year-old was keen to express that it was a team performance. 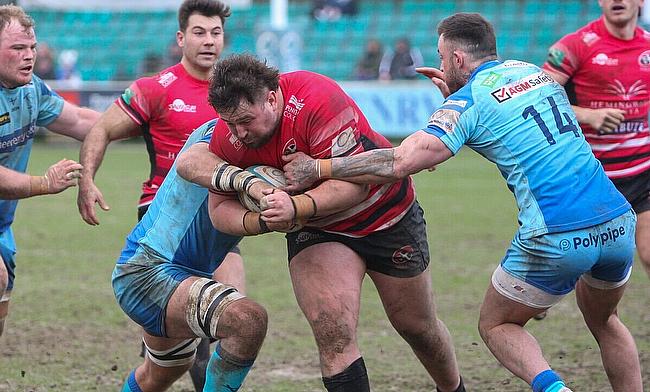 “There was so many moments in the game, it wasn’t just the scrum,” Jay said. “Our backs were brilliant as well; our kick battle was actually one of the highlights of the week. We were trying to focus on that war on the floor and in the skies because we knew that Sarries were going to want to build and box kick us all the time.

“But for us forwards, if we don’t give them a good set-piece to play off, then they can’t play the rugby they want to play. We are lucky we have got the team we have at Pirates who work hard up in the office and then Pav’s (Alan Paver) and Morgs (Chris Morgan) are always analysing bits and bobs about how we can perhaps do things, but we just went in very focused on ourselves.

“We knew what they liked to do, so we were just like; 'how are we going to get in the best possible position to do what we want to do? That was really our focus coming in and at the set-piece, I think we got more than six at the head at the scrum. If you are losing like that to your own ball, you are not going to have anything to play off.”

Starting at full-back last Saturday was Maliq Holden. The 25-year-old has been a part of the furniture in Cornwall since 2018, the Netherlands age-grade international joining from Hartpury University where he won two BUCS titles at Twickenham.

Voted as the club’s ‘Most Improved Player’ at the premature end of last season, Maliq is set to have even more involvements with the first team following Kyle Moyle’s departure to Gloucester.

Making way for Tom Wyatt in the 69th minute, Maliq and the rest of the backline knew full well about the aerial bombardment that Saracens would use to try and tire out their opposition.

“My main focus going into the game was just looking after the backfield and being secure under the high ball,” Maliq said. “I think everyone knew it was going to be one of those games where there was quite a lot of kicking. Our game is kind of loosely based on them and Exeter, so we have a lot of kicking and we expected a lot of kicking.

“So, that was my main focus really and then dealing with whatever I could when I got my touches and my involvements. To be honest, it got off to the worst start possible. The first high ball I dropped it, which was pretty annoying.

“After that, I think I was solid, did my job and at half-time, we went in two points down, but said if we won the backfield and those aerial battles, we were going to win the game. We did, and our try at the end of the game comes from a high ball and a mistake from them, so it was one of those.”

The past 12 months have been far from simple for Pirates. Last April, the club’s benefactor Dicky Evans laid bare the implications that Covid-19 was having on his hotel business in Kenya after the Government closed all hotels in an attempt to stop the spread of coronavirus in the country.

The weekend keeps getting better & better. Gillian has taken us over the £28,000 mark on our GoFundMe page!

We are grateful for donations big&small. Head over to the link below, have a read & give what you can. We appreciate you ALL! #PirateFamilyhttps://t.co/VPhl2FYNhY pic.twitter.com/1zfeb7IfAG

Both the downturn of his business and the funding cuts to the Championship announced by the RFU meant that the former Kenya international and the club's board had to ask players to accept pay reductions to ease the financial burden constraints that the global pandemic has caused.

Just a week after that announcement, all players agreed to the salary reductions. The rest of the club’s employees accepted a 15% decrease, too, making it easier for the Pirates to press on towards a 2020/21 season which at that point had no start date.

The club’s ambitions are no secret either, with one of the key aims being to build a stadium for Cornwall in partnership with Truro City FC. Having been in the works for a number of years, the impact of Covid has halted the project further, with the most recent report in January suggesting that plans ‘may be scaled down’, however, the parties involved maintain that work was ‘moving forward’.

What remains clear is the fact there is a bigger picture to the goings-on at the Mennaye. With every player wholly focused on their rugby, there is no reason they cannot move forwards from Saturday’s victory even if just several weeks ago, the prospect of stepping back onto the pitch seemed somewhat out of reach.

“Living in a house with a few of the other rugby lads, the conversation came up a lot and there was plenty of times where we’d have the conversation of ‘what if?’” Jay said. “We were really lucky with Dicky Evans and with Rebecca Thomas (CEO). They were really honest with us at the start and said they would look after us.

“They kept us up to date with everything that they could, but unfortunately, most of the stuff was unknown. Literally six weeks before the start of the season, that was when we knew we had a season. It was a turbulent few months where we were thinking, 'are we going to have to think about looking for a normal job?'.”

Pirates’ victory has certainly thrown a spanner in the works for Saracens, the Premiership and, most likely, the bookies. For many, McCall’s team were the competition’s champions-elect thanks to the international players available to them and their full to the brim trophy cabinet.

In 2019, when the conversation surrounding the potential ringfencing of the Premiership popped up again, Pirates said they would take legal action against the competition as their long-term goal is to become part of England's elite in the top-flight.

With relegation from the Premiership scrapped for this season, the argument encircling both the funding cuts to the competition and ringfencing has caught fire again following Pirates' shock result. 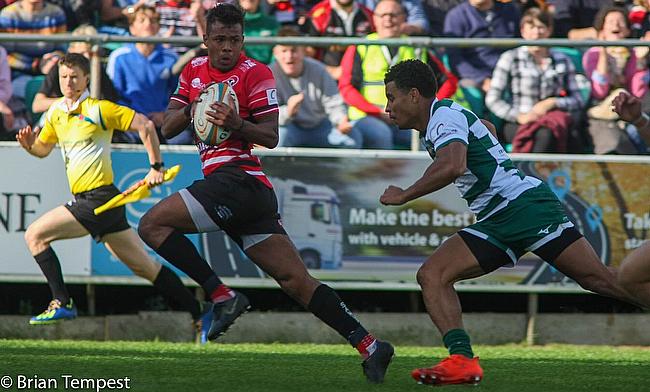 Ealing performed strongly in their opening game, too, picking up a bonus point victory, whilst Hartpury, Doncaster and Coventry all got off to winning starts, putting them in the shop window for promotion early on.

But, whilst everyone and their dogs will have a say on the future of the professional game in England, for Pirates, it is a case of who is next as their 11-game season continues.

For the Cornishmen, that challenge comes in the form of Richmond. Promoted back to the Championship after a season in National One, Maliq believes it is imperative that the side follow up on their result, which made the Sunday papers.

“We would be hypocrites if we said to Sarries that they have got to expect that this league is tough, that this league is unpredictable and then we go away to Richmond this weekend and disrespect them and think just because we have beaten Sarries, we have won the game already,” Maliq said.

“You can understand us being happy and being over the moon about winning the game, but it is one game. It is gone. It is the first game of the season. We have got so many more games to go, so we can’t disrespect Richmond or the opposition that we face by just thinking because we beat Saracens, that is our season done.

“If we want to be the team that we talk about and we want to be this great team and representing Cornwall, we have got to do it every week and not just when we play against some big names. It’s gone. Onto the next one, I reckon.”