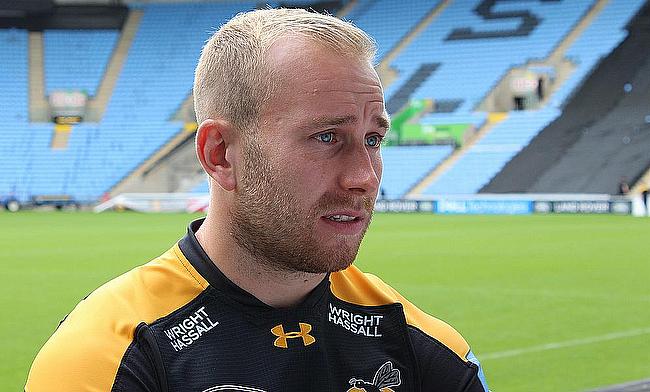 Wasps ahead of the game that could have been taken away
Wasps will be without 11 players for Premiership final
Phil Vickery: I can see that ‘We are Wasps’ mentality
The Wasps pathway to becoming a Premiership player

Exeter Chiefs versus Wasps at Twickenham. It certainly has an air of familiarity about it.

Over three years ago, it was the very same tie as Exeter won their first ever Premiership title in dramatic fashion following Gareth Steenson's extra-time penalty and both sides meet at England HQ once again on Saturday evening.

The current Chiefs side come into this game riding a wave of positivity, having beaten Racing 92 in the Champions Cup final last weekend.

In comparison, Wasps' players were at home having been tested for Covid-19 again after a series of positive tests in their camp. It wouldn’t be until the early hours of Wednesday morning that the Midlands club would find out their fate, Lee Blackett and his staff unable to sleep as a result.

With a handful of players missing due to Covid-19 contact tracing protocols, Blackett has been forced to leave four key men out of the final. Simon McIntyre, Kieran Brookes, Brad Shields and Alfie Barbeary will all be at home, watching on as their teammates attempt to win the Premiership for the first time since 2008.

Each of the four men above have made invaluable contributions to the end of season push for the title and would have been involved at Twickenham this evening. Regardless, starting scrum-half Dan Robson has faith in those selected to perform well.

“I am massively confident,” Robson said. “I think we have shown over this period of 10, 11 games, whatever it has been since the return, that our squad depth has been pretty awesome. Everyone in the squad that has put on a Wasps jersey has got us to this stage.

“It has not just been a 23, 24, 25 man job, I think we have used 42 players or something like that, so it has been a massive squad effort and I know that anyone who will step into the jersey on Saturday will absolutely give it their all.”

It has been an emotional rollercoaster for the side and no doubt an ordeal that many of the players are likely to forget anytime soon. Josh Bassett said that he got some extra analysis done on their opponents when he was sat in front of his television on Saturday night as Exeter became European champions for the first time.

“Seeing any English team get to a Champions Cup final, you always want them to win and I thought it was a great game, a great spectacle, just for rugby in general,” Bassett said. “I thought both teams played amazingly and with it coming down to the last few minutes, it was really exciting and Exeter did a great job and deservedly have come out as champions.”

Over the years, many have waxed lyrical about the forward-oriented game that Exeter have played to establish themselves at the top of the Premiership table and in doing so, they have reached their fifth top-flight final in a row. Now, Rob Baxter has three British and Irish Lions in his backs, several England internationals and players capable of achieveing honours for their country.

As a result, Bassett says that the likes of Stuart Hogg, Jack Nowell and company are wholly deserving of the plaudits they receive.

“I definitely think we saw in the semi-final and the final against Racing, they have got world-class players there,” Bassett said. “Stuart Hogg, Joe Simmonds, we could go through the whole backline. They have got great players all round. Their depth in their squad is amazing and you can see that with the changes they have had in that semi-final and that final against Racing.

“I definitely think they deserve the plaudits that they get, but so do their forwards, the game that they bring, being so physical, so abrasive in what they do. I think they are a great team.”

Wasps do have one of the Premiership's biggest talents in their ranks, though. Jack Willis has been the recipient of several awards this autumn including being named the Players’ Player of the Year by the Rugby Players Association.

Unreal Win, love being part of this group! ??

The reasons as to why his peers felt it was right to give the youngster the award are fairly clear. Gathering 44 turnovers - 25 more than any other player in the Premiership - as well as scoring tries, making vital tackles and being staunch in his defence, has easily made Willis the star of this extended season.

Like the rest of his teammates, Willis’ lead up to this game has been varied. Having to train at home, he headed down to Old Leamingtonians Rugby Club in order to maintain some fitness where he also bumped into various familiar faces.

“The day I went to Old Leamingtonians, I did running there and when I was there, on every different field, there was other Wasps players on each of the other fields, very socially distanced,” Willis said.

“It was very nice to see how eager this group is to get the work done, that we need to get done. Two of them were Jimmy Gopperth and Brad Shields, two of the hardest working blokes I know, especially someone like Jimmy. It is just incredible.