Cuthbert Upbeat Ahead of Springbok Test 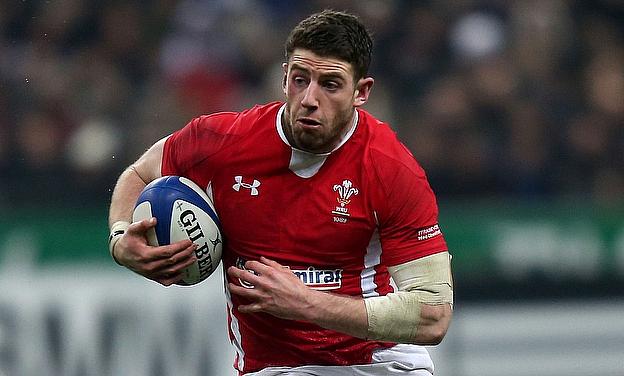 Having beaten South Africa just once in 27 attempts, the odds are heavily stacked against Wales as they prepare to head south for a two-Test series later this month.

Star wing and British and Irish Lion Alex Cuthbert believes that his side will not be engulfed by external pressure, when they face up in Durban on June 14 and Nelspruit the week after.

It was 15 years ago when the Welsh toppled the Boks and they are searching to recreate that day once again; however, they fly without Captain Sam Warburton, Leigh Halfpenny and Richard Hibbard who are all injured.

But Cardiff Blues wing Cuthbert is not daunted by the task that awaits Wales in the two Tests and the clash against Eastern Province Kings on June 10.

"There is definitely confidence," he said. "Our squad has been together for three to four years, and the confidence we have in each other is really high.

"We just need a bit more consistency and the bit of luck that every Test team needs.

"We are just looking forward to getting down there, and we will hopefully put in a performance over the three games.

"There are not many people (pundits) putting pressure on us, so we will just go out there and play. Everyone expects us to lose, but we are quietly (confident) within the squad.

"We are just going to take each game as it comes. We have a game on the Tuesday against Eastern Province Kings, so we will see what the team will be. Hopefully, we will get the win, and then we will prepare for the Test."

Cuthbert, himself, will have his own work cut out as he is most likely to line up against one of world rugby’s deadliest finishers – Bryan Habana. Fresh from a Heineken Cup and French Top 14 trophy double with Toulon, the speedster is at the top of his game.

It is a challenge, though, that Cuthbert will relish.

"He has to be one of those (wings) at the top," Cuthbert added.

"Think of those tries he scored against New Zealand last season. If he hadn't got injured (in that game), South Africa probably would have won.

"Watching him over the years, he's been a world-class player and has sort of changed the way wingers play in terms of how they get involved in the game.

"It's just the amount of touches he has per game. He doesn't just stay on the wing, he comes in off 10, nine, first receiver, and his kick-chase is probably one of the best in the business as well.

"He still has that influence in the Springboks squad - it shows how important he is to them. He is such a threat from anywhere.

"He has all that experience now. Winning the World Cup and all the other trophies that he has won, he's just about as high up there as any winger can be.

"It's definitely a good yardstick to face him.

"I've played against a lot of other top wingers - (New Zealand's) Julian Savea is probably one of the toughest opponents I have faced - but Habana is going to be right up there. I am looking forward to the challenge, if I am selected."