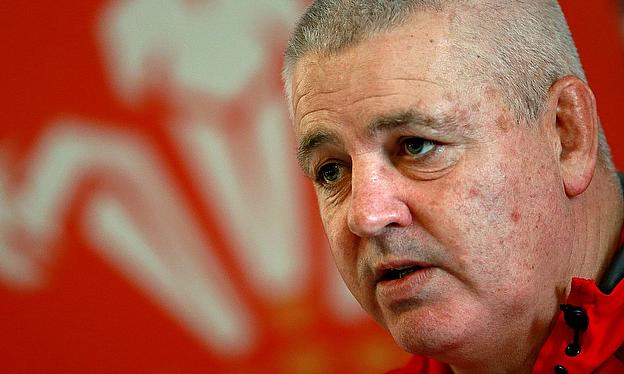 Respective coaches Rob Howley and Robyn McBride have now named their teams for Friday's game between the 'Probables' and 'Possibles' at Swansea's Liberty Stadium.

The match will be a final hit-out for the players from Welsh regions before Gatland names his squad for the two-Test tour of South Africa next month.

A number of players based with English clubs were included in the initial squads for the trial game but they have not been released to play.

They include George North of Aviva Premiership finalists Northampton and Bath's Gavin Henson.

Several experienced players, most notably Wales captain Sam Warburton, Leigh Halfpenny, Scott Williams and Rhys Priestland, will not be involved this summer because of injury.

PRO12 top try-scorer Gareth Davies will partner James Hook at half-back with Steven Shingler - facing his brother Aaron - and Cory Allen in midfield. Harry Robinson and Kristian Phillips are named on the wings with Dan Fish at full-back.

Howley, who is Gatland's backs coach, said: "Friday is a huge opportunity for players and a chance for us to see them go up against each other for the Wales jersey.

"It's something we haven't been able to do for the last decade, but it will be a big night for the players, we want to see them in a pressured environment and that's what we will get on Friday."

Gatland is due to name his 31-man squad for South Africa after the trial match.

McBryde, the forwards coach, said: "It's been great to have the squad together. We only have a short time to prepare, but we are up for the challenge and excited by it.

"We have always said that the door is always open in international rugby and this is an opportunity that doesn't come round very often and the players know it's their chance to impress on a big public stage in front of all the coaches."