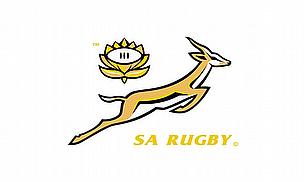 After a number of below-par season for the lofty standards of South African rugby, it seems that the Springboks are now back in business, having firmly cemented themselves as the second best team in the IRB world rankings.

In an impressive 2013 Rugby Championship, South Africa pushed the World Champion All Blacks to the very edge, losing narrowly, 27-38 in the final game of the competition.

Having lead the Championship for the first three weeks, it was a two horse race between the world’s top two rugby sides that New Zealand eventually won.

The Springboks have three tests in the northern hemisphere this November, with perhaps the biggest one being this Saturday, as they journey to Cardiff to face the Six Nations Champions Wales.

The following Sunday the Springboks face Scotland at Murrayfield and then cross the channel to take on the French at the Stade de France.

However, to this weekend’s game at the Millennium Stadium.

When the Springboks arrive in town, everyone knows what to expect – bullying, brutality and lots of pain!
South Africa always bring a tough physical game; however, Wales have plenty of their own enforcers, with a large forward pack, dynamic hard-hitting back row and a pair of powerful wingers, to name but a few positions.

Springbok Head Coach Heyneke Meyer has said that his side “have lots of respect for Wales.

“They are a side that have no weaknesses, and as the current back-to-back Six Nations Champions, to face them in the home of Welsh rugby is no easy task.”

Although, South Africa are a vastly changing team themselves, not just known for bullying route-one rugby.
Having scored the most points per game and made the most breaks a game in the 2013 Rugby Championship, Heyneke Meyer is slowly beginning to stamp his own mark on this young Springboks side.

Having won seven of their last nine tests, South Africa will be ready for the challenge on Saturday.

However, when Meyer spoke to Sky Sports, he explained that "this is a totally different game than the Rugby Championship, it's more of an arm-wrestle.

"We have to change the way we play, we have to be more clinical and execute better."

"In our last end of season tour we learnt a lot about our players. A lot of players from that tour aren't here anymore.

"It's very important to have the World Cup in the back of your mind, to see which players can play at this level against three tough teams and in these difficult conditions.

"By the end of this tour we should be close to knowing 25 of the 30 players who will go to the World Cup.

"I think we have really improved at the breakdown, but here in the northern hemisphere it is more 50-50 on the ground.

"Our lineouts have been close to 100 percent, though I'm not happy with our kick-offs. We give away too many turn overs, we need to look after the ball better. Here [in the northern hemisphere] you need to be patient and wait for your opportunities to convert pressure into points."

Following on from this, Meyer revealed today that he will not ask for the roof to be closed for Saturday’s game.

Having said that the tour will be used as a trial for the looming 2015 World Cup in England, Meyer is hoping to acclimatise his players to the conditions expected for the event in two years’ time.

Both coaches have to agree to play a Test under a closed roof - which has been the preferred option in the past - but Meyer is hoping for rain, and lots of it.

We will have to wait until the weekend to find out.

One thing for sure is that it’s going to be a tough, physical and great game of rugby….