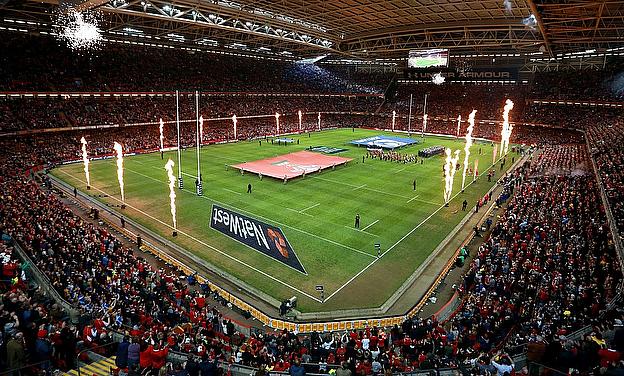 The Welsh Rugby Union is preparing to call an extraordinary general meeting of its member clubs.

The WRU said that a "sufficient number" of written applications by clubs for an EGM had been received and "appear on initial examination to be valid". That figure is 43.

It added that eight further EGM nominations were from non-WRU member clubs and therefore not valid.

A no-confidence vote by member clubs at an EGM could force change in the Union's corridors of power, but the current protest vote is thought to comprise less than a fifth of total WRU membership.

Moffett has been a fierce critic of the WRU. T wo months ago, he released a 17-point manifesto that proposed more money for grassroots rugby in Wales.

The WRU, meanwhile, announced in early April considerable funding increases for the Welsh Premiership and Welsh community rugby that will commence on July 1.

Moffett says nine items will be raised at an EGM, including confirmation of the Welsh league structure for next season. He claims clubs have been ignored.

In a statement, the WRU said: "Forty three of the applications are from member clubs of the WRU, with four of that total from the Regions.

"These applications appear on initial examination to be valid. Eight further nominations for an EGM from non-WRU member clubs are not valid under the constitution of the governing body.

"The WRU welcomes the opportunity to address the issues raised by the clubs through an open and well-informed debate.

"The proposed league restructure appears to be the primary issue in the nomination letters. The WRU is determined to provide all the information the 43 member clubs require within the EGM forum.

"Under the constitution of the WRU, the governing body will give member clubs notice of an EGM within 21 days, ensuring that date gives clubs a reasonable time to brief delegates to attend on their behalf. The meeting itself will take place no later than 28 days after the clubs are informed of the date and venue.

"Although all the applications were received in the same delivery today, the WRU will accelerate the verification process to ensure the EGM date and venue can be confirmed as soon as possible."