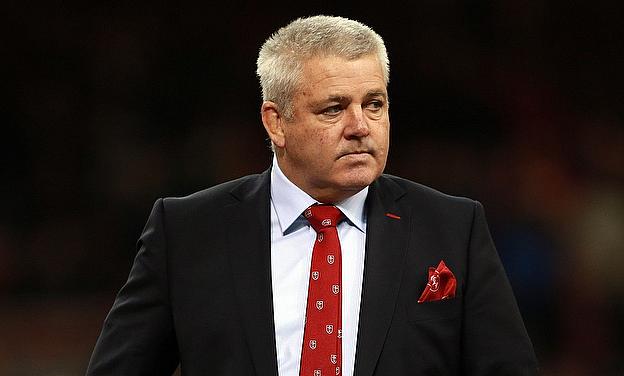 Wales Head Coach Warren Gatland has said that he may consider not selecting players based in England in the future.

The Wales coaching staff announced plans this week to hold a Probables versus Possibles selection match – the first of its kind for 14 years – ahead of squad selection for their tour to South Africa next month.

Five Aviva Premiership players, including George North and Gavin Henson, have been named among 52 selections across the two 26-man squads for the trial match in Swansea on May 30.

The 31-strong touring squad will then be announced by Gatland in the game’s post-match press conference.

However, the English league delivered a blow into the plans after saying that they will not allow their Welsh players to take part in the trial game.

The Welsh Rugby Union are in contact with English and French leagues - Jamie Roberts, Mike Phillips, Dan Lydiate, James Hook and Luke Charteris all play in the Top 14 - about potential availability for the trial.

Racing Metro trio: Roberts, Phillips and Lydiate, though, plus Northampton wing George North, Leicester fly-half Owen Williams and Saracens prop Rhys Gill could be involved in May 31 domestic finals and would therefore be off-limits anyway.

English and French clubs are not obliged to release non-English or non-French players as the trial fixture is not a Test match, as stipulated by the International Rugby Board.

North, though, does have release in his Saints contract for all Wales duties.

"This regulation covers international release for every Test country across the world.

"This trial match does not fall under IRB Regulation 9."

Gatland, meanwhile, is resigned to be being without several injured players for Tests against South Africa in Durban and Nelspruit, while Wales will also face the Eastern Province Kings in Port Elizabeth on June 10.

Gatland said: "We have been in contact with Premier (Premiership) Rugby to say we are going to name the players in the squad, and we are just hoping that common-sense prevails and those players that are finished for the season are released.

"We understand they've got a board meeting next week, so we are hopeful that those players are going to be released.

"I can understand Premier Rugby at certain points protecting their competition and that, but to me, I don't understand when players are finished for the season why they wouldn't be released and be available to us and for them to have an opportunity to be selected and play international rugby

"We want to make sure this trial has real teeth.

"It's important that players will be selected on their performance. But we will also consider what we know about them and how they've performed in the past."

Gatland's assistant and Probables head coach Rob Howley has named two uncapped players in his squad - Ospreys back Sam Davies and Newport Gwent Dragons prop Owen Evans - which will be skippered by tour captaincy favourite Alun-Wyn Jones. Henson is also among that group.

And there are 10 uncapped players in a Possibles squad led by hooker Matthew Rees, including Tigers prospect Williams, plus promising Cardiff Blues forwards Kristian Dacey and Macauley Cook.

"The trial is a great platform for us to see all of these players up close and allow them to pit themselves against each other," Howley said.

"It takes us back to the traditional Wales trials of old, and gives players an opportunity to put their hand up for the Wales jersey. Both sides will be going hard against each other with players having a point to prove.

"It's also a vital game in our preparation ahead of the tour to South Africa. The vast majority of the squad wouldn't have had any game time after last weekend, and this allows us to have a meaningful match."