Cruden kicks the Chiefs to victory 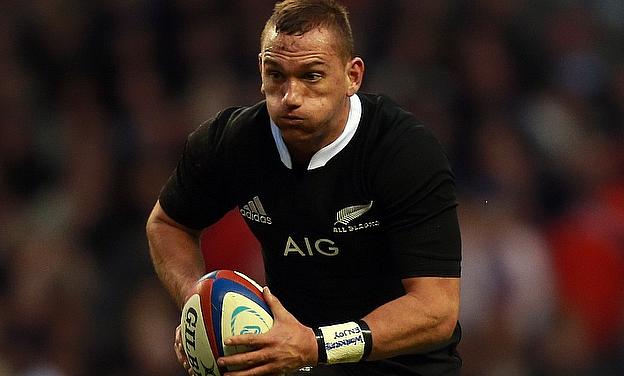 A last-gasp penalty from New Zealand fly-half Aaron Cruden guided the Chiefs to a 19-17 Super Rugby victory against the Brumbies on Friday.

The Chiefs trailed their Australian rivals by a point when the full-time siren sounded at Waikato Stadium but, after the Brumbies were penalised for a scrum infringement, Cruden held his nerve to kick his side to victory with the final act of the match.

Cruden's heroics mean the Chiefs have started the 2015 season with back-to-back victories following their win against the Blues last Saturday.

The Brumbies started their campaign with a crushing 47-3 victory over the Reds last weekend and earned reward for their bright start in Hamilton when Christian Lealiifano and Nic White kicked penalties to give them an early 6-3 lead, with Cruden slotting a three-pointer to get the Chiefs on the board.

The Chiefs hit back instantly and took the lead when Charlie Ngatai shrugged off a challenge from Matt Toomua before scoring under the posts in the 15th minute.

Cruden added the extras to send the Chiefs into a 10-6 lead, but the Brumbies needed just five minutes to get their noses back in front after prop Scott Sio finished off a fine driving maul from a line-out.

Lealiifano missed with the conversion and Cruden slotted his second penalty just after the half-hour mark to send the Chiefs into the half-time interval nursing a 13-11 lead.

The Brumbies upped the tempo after the restart and Lealiifano ensured the lead changed hands once again with an early penalty before extending his side's advantage with another successful effort from the kicking tee shortly before the hour mark.

Cruden reduced the Brumbies lead to 17-16 with 15 minutes to play after the Brumbies were pinged for illegal scrummaging and, after the clock had passed the 80-minute mark, the All Blacks number 10 showed great composure to kick his fourth penalty and secure his side a late, late victory.