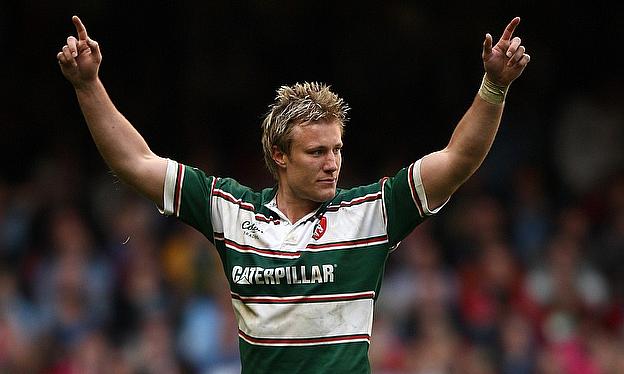 Cockerill disappointed with Clermont defeat
Superb Munster see off Toulouse
Heaslip undaunted by Toulon challenge
Ulster are ready, and out for revenge - Trimble
We need to be at our very best ‘to even compete’ with Toulon - Reddan

A valiant Leicester fightback proved to be in vain as Clermont won their Heineken Cup quarter-final 22-16 at Stade Marcel-Michelin.

After trailing 16-0 after 35 minutes, Leicester stormed back into the game and had Clermont under pressure at 19-16 but ultimately, they fell short.

Clermont have now extended their record unbeaten record at home to 75 matches, but they were pushed hard by Leicester.

Through Jordan Crane's try and the boot of Owen Williams they gave Clermont a fright but Thomas Waldrom's untimely yellow card in the second half proved costly.

It was Clermont who dominated the first half, leading 19-7 at the break largely thanks to Morgan Parra's goal-kicking.

Leicester had little ball but missed an early chance when Mathew Tait knocked on having been fed by Manu Tuilagi.

Wesley Fofana pounced to make a daring counter-attack only to be thwarted by Vereneki Goneva.

The dangerous French centre was involved as Clermont got on the board through a penalty after Thomas Domingo broke through.

Leicester paid the price for failing to stop Aurelien Rougerie as he combined with Fofana and Davit Zirakashvili to send Fofana over in the 22nd minute.

Parra converted from out wide and added two more penalties, much to the delight of the boisterous home crowd.

They almost added a second try but Leicester managed to hold Zirakashvili up, and the Tigers' defence was tested again when number eight Fritz Lee and Julian Salvi attacked soon after.

However, Julian Salvi was penalised for holding on and Parra added the three points with another penalty.

At 16-0, defeat for the visitors looked inevitable but Crane gave them a lifeline shortly before the break.

On the stoke of half-time, Parra scored his third penalty but at 19-7, Williams having converted Crane's try, Leicester sensed a way back into the game.

They came more and more into the match in the second half, competing at the breakdown and giving their backs some possession.

Goneva went on a mazy run, beating defenders, Tuilagi looked to be clear but was hauled into touch by Naipolioni Nalaga. Scully out-jumped two defenders as Williams almost worked another score with a cross-field kick only for the final pass to elude them.

He did kick three penalties to keep Leicester in range, helped by both Parra and Brock James slicing attempts wide, and the score was 19-16 with 20 minutes remaining.

A nervous Clermont were relieved when Waldrom, who had only been on the field for three minutes, was shown the yellow card for illegally stopping a driving maul.

Parra kicked his fifth penalty to put Clermont six points clear although they were the only points Leicester conceded when they were down to 14 men.

In the final moments, they mounted a spirited attack and captain Ed Slater came within two metres of the line before Clermont were able to clear the danger and preserve their remarkable home record.