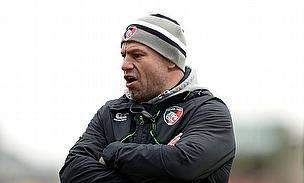 Cockerill: 'Were Clermont lucky to win? Probably not. Were we unlucky to lose? Perhaps, but that's rugby sometimes.'
©Press Association

Leicester's director of rugby Richard Cockerill is disappointed that his side's late comeback came to nothing against Clermont in yesterday's Heineken Cup quarter-final.

Clermont, who have now extended their unbeaten run at home to 75 matches, raced into a 16-0 lead after 35 minutes only for Leicester to peg them back to 19-16 on the hour-mark.

However, the home side pulled clear after Leicester's Thomas Waldrom was sent to the sin-bin and they will now take on Saracens in the first semi-final on 26th April.

"Gallant losers is not my thing," Cockerill said following the game.

"Yes we can take the positives from how we played, but we came with the attitude to win and we didn't.

"Clermont are a very good side and you are always going to be up against it in France and especially here, where they played very well in the first half.

"Our plan was to try and keep the scores as close as possible in the first half and then go for it in the second half, but in the end they had just too much of a lead."

He did, however, pay tribute to the way in which his side fought to get back into the match after Clermont threatened to run away with proceedings early on.

"We played well in parts and we have to take credit for the way we came back. We could have been obliterated because all the momentum was against us, they were leading and the crowd were singing. It was a tough situation.

"But fair play to our players, they took themselves to places they have never been in the Premiership or even in Europe at Ulster and Montpellier. To come back against a team of Clermont's strength and come within a whisker of winning takes some doing.

"Were Clermont lucky to win? Probably not. Were we unlucky to lose? Perhaps, but that's rugby sometimes."

Clermont have never won the Heineken Cup, coming as close as it is possible to without winning last year when they lost by a point to Toulon.

Coach Vern Cotter said: "It's a major achievement to reach the semi-finals of such a great competition at this.

"The first-half performance was the best we have produced for a long time. But our experience from previous big games such as last year's final was also crucial in the second half. It helped us both in attack and defence to raise our level when we really needed."