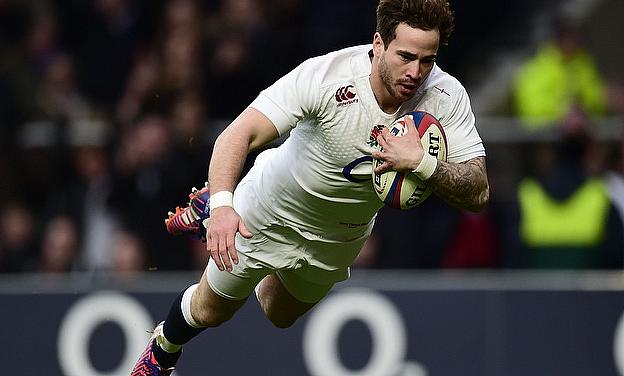 Danny Cipriani has admitted he took international rugby "for granted" before his seven-year Twickenham exile - but has vowed never to relinquish his England place again.

The 27-year-old fly-half marked his return from the Twickenham Test wilderness with a try in England's 47-17 victory over Italy on Saturday.

"I was in a fantastic Wasps side and things happened a certain way, so when I came into the England side under Martin Johnson I had to adapt to a different system," said Cipriani, who made his first Test appearance at Twickenham since 2008 on Saturday.

"I just thought it would have gone the same way as it did at Wasps, but it didn't.

"I had to be a different person in those situations and learn from it. I probably took it for granted a little bit.

"At the time I didn't say I took it for granted but you don't really appreciate the moments as they come along.

"That's what I'm doing now: every moment and every experience I am appreciating and there's no way I want to be out of this England side ever again, for as long as I'm playing.

"I'm very focused on making the best of my ability."

For years Cipriani's overt talent gave way to over-exuberance, a nasty fracture-dislocation of his ankle stalling his rapid rise at Wasps.

Even a move to Sale under the uncompromising eye of boss Steve Diamond failed to yield immediate dividend, Cipriani being hit by a bus on a night out in Leeds in April 2013.

When Cipriani fell under the auspices of Jonny Wilkinson's mentor Steve Black, however, his career caught an immediate upswing.

Cipriani's form at Sale led to a call-up to England's summer tour to New Zealand in May 2014, before head coach Lancaster made space for him in the wider Six Nations squad.

Owen Farrell's knee injury opened the door for that long-awaited Twickenham return: now right back in the fold, Cipriani is determined not to drift away again.

Cipriani had seriously considered a move to European and French champions Toulon if his England exile had continued, but his Test reintegration could seal an extended stay with Sale.

"It does feel like I have been away for a while but to get the reception that I did was very humbling," said Cipriani of his try-scoring cameo. "I'm just a bit older and uglier I guess!

"It was one of the highlights of my career to get back out there. I've learned a lot of lessons in the last seven years.

"If someone had told me to meet Steve Black when I was 20 and in that position, I probably would have politely declined and said, 'I feel fine now'.

"You don't think about those things at that age but as you get older you mature and see things in a different light.

"I just feel like I'm in a much wiser position and more stable in that way.

"There's a lot more for me to do. I want to carry on being a valuable member of the squad: I have to keep learning under Andy Farrell, Mike Catt and Stuart Lancaster."

The motivational speaker and sports psychologist has assumed a similar mentoring role with Cipriani which has already paid rich dividend.

"When we speak he tells me to go out and play to the best of my ability and he tells me what to work on," said Cipriani of Black.

"He reminds me to be the energy, be someone who has confidence."