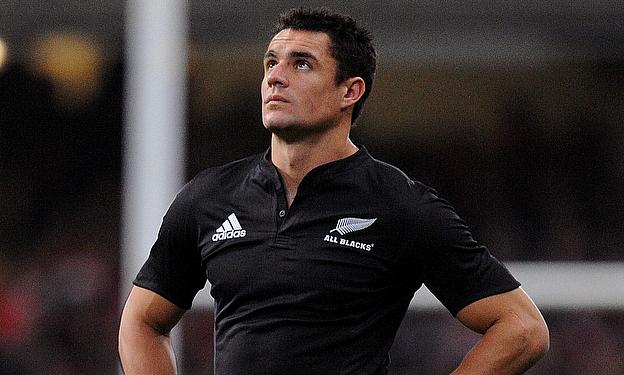 Dan Carter's return to rugby ended in forgettable fashion as his Crusaders side went down 16-9 to the Hurricanes in Wellington.

Carter made his first appearance in 2014 after a self-imposed six-month break from the game, coming on as a 52nd-minute substitute at the Westpac Stadium, but failed to make an impact.

Instead, a brace of tries from Blade Thomson and two Beauden Barrett penalties sealed victory for the Hurricanes, with the Crusaders' only points coming from the boot of Colin Slade, whom Carter replaced.

The Hurricanes were dealt a double injury blow early on as number eight Victor Vito and inside centre Alapati Leiua both hobbled off early on to be replaced by Jack Lam and Hadleigh Parkes respectively.

That was offset by the yellow card to Crusaders flanker Matt Todd for a professional foul, with Barrett slotting in the resulting penalty.

But the home side failed to make their man advantage count and the scores were levelled by Slade after they were penalised for not releasing.

Barrett re-established the Hurricanes' lead with his second three-pointer before Thomson put daylight between the sides in the 28th minute.

Juilian Savea's kick and chase had the Crusaders scrambling and after the ball was turned over, the visitors were stretched as lock Thomson went over in the left corner.

Barrett was off-target with the conversion and although the Hurricanes were in the ascendancy, they failed to increase their 11-3 advantage before the break.

The deficit was then cut to two points within 12 minutes of the resumption following a brace of penalties from Slade, who was replaced by Carter shortly afterwards.

The New Zealand fly-half missed a drop goal attempt from a lineout which would have put the Crusaders in the lead for the first time in the match.

But as the visitors pressed in the closing stages, they found themselves caught cold as from out of nowhere Cory Jane grubbered for Thomson to grab his second try in the 73rd minute, which wrapped up the win for the Hurricanes.