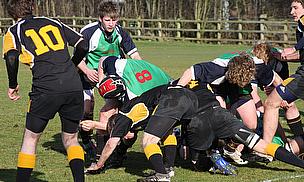 This weekend Brad Thorn will pull on the Canterbury shirt for the last time as the Crusaders face the Queensland Reds in the Super Rugby Final.

For Thorn, the significance of the game does not centre on the fact that it will be his domestic rugby swansong but it is a game played in the wake of the devastating earthquakes that hit Christchurch in February.

Having spent 17 seasons at the top level of both codes of rugby Thorn has admitted that the significance of delivering this title, an eighth in 16 seasons for the Crusaders, is bigger than any other. It will be for the people of Canterbury.

It is clear that the veteran All Black feels a great affinity to his adopted region but Thorn has led a some what nomadic existence during his rugby career which has seen him move from Australia to New Zealand and back again, only to return once more.

Although born in New Zealand, in the Otago region of the South Island Thorn's first taste of rugby came in the 13-man code the other side of the Tasman Sea. The Brisbane Bronco's was the Kiwi's home during both his stints in Australia.

Thorn's debut came in the 1994 Winfield Cup at the age of 19 against Canterbury-Bankstown Bulldogs, representing Queensland in the State of Origin two years later. His meteoric rise continued with representation of Australia in all three tests of the 1998 New Zealand Series. Following triumph in the 2000 NRL Grand Final, two years after its inception, Thorn returned to New Zealand to play for the Crusaders in the then Super 12 and Canterbury in the National Provincial Championship, winning the competition in his first season.

In 2003 Thorn became a dual rugby-code international, only the second man in history after Bill Hardcastle to represent Australia in league and New Zealand in union. During the All Blacks' 2003 international campaign the Crusaders lock achieved 12 caps, many of them won at the Rugby Union World Cup in Australia that year. New Zealand finished third, ironically, for Thorn, losing in the semi-final to the host nation.

Having won the Tri-Nations in 2003 and NPC in 2004 a return back to rugby league and the Broncos followed, with whom Thorn played for another three years. Representation of Queensland in State and success with the Broncos in the 2006 NRL season came before another switch of codes brought a second return to Canterbury.

Inside two years of a return to rugby union Thorn once again made history becoming the second person to win both Super Rugby and NRL titles. After talismanic efforts for the Crusaders the former Queenslander was selected for the All Blacks again, playing against Ireland in the summer of 2008 in Wellington then adding a second and third Tri-Nations title to his name in 2008 and 2010.

It is of fairytale proportions that Thorn's final game in rugby union should come against a team from the state that he played his entire rugby league career. It is not this however that makes the final on Saturday so significant but his affinity with the people of both regions.

Thorn was staying in Brisbane when the Queensland floods hit in January and was back in Christchurch a month later when the devastating quake struck the city. As a result of the earthquake the Crusaders have been unable to play at their home of AMI Stadium thus playing games in all the major cities of New Zealand, plus Brisbane (twice), Perth, South Africa (twice) and London away from their families back on the South Island.

It is Thorn's belief that the travelling that the Canterbury side have experienced has brought the players and coaches closer together and will hold the Crusaders in good stead as they travel to Suncorp Stadium in Brisbane, the home of the Reds and Thorn's former league side the Broncos.

There will, however be no time for sentimentality for Thorn who sees the need to win the title as extremely important and is sure to dedicate the performance, should the Crusaders win, to the people of Christchurch.

The clash between the Reds and the Crusaders will be available to watch live over breakfast on Sky Sport 2 & HD, coverage starting at 10.30am, with the game kicking off at 10.40am.