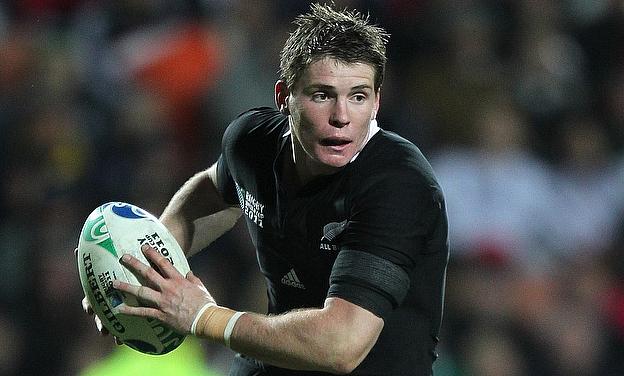 Colin Slade kicked every single point for the Crusaders as they rallied from behind to beat the Chiefs 18-17 in Hamilton.

Three early penalties from Slade boosted the visitors into a 9-3 lead but Gareth Anscombe's 12-point haul and a try from Tom Marshall saw the Chiefs take a healthy lead into half-time.

They would not score again after the restart, however, and after Slade added nine more points with the boot, Anscombe missed a last-gasp goal attempt from 52 metres out.

After five minutes Slade opened the scoring from near the corner and he duly extended the Crusaders' lead after Ben Tameifuna was penalised at the scrum.

Anscombe got the hosts on the board after a foul by Slade but the latter soon made it three successful kicks from three after the Chiefs were pinged for offside.

The sin-binning of lock Dominic Bird weakened Crusaders for 10 minutes and Anscombe capitalised by levelling with back-to-back penalties, and one more from the fly-half in the 38th minute saw the hosts take the lead.

Marshall then sent the Chiefs into the dressing room with a 17-9 lead by sniping down the right wing to grab the only try of the match, but Anscombe missed the conversion.

Despite running the first half, he failed to score again in the second and Slade gladly stole his thunder with three more match-winning penalties.

His fourth successful kick on the night curved in beautifully from the right but after he missed a penalty in the 53rd minute the Crusaders had to withstand a serious Chiefs assault.

On 68 minutes Slade popped a penalty over the posts from right in front and then dragged his side back into the lead with the boot eight minutes from time.

Yet with the final whistle fast approaching, it was Anscombe who took aim from the halfway line after the Chiefs won the latest of penalties.

The kick dropped short and wide and the Crusaders could celebrate emerging victorious from a topsy-turvy battle.