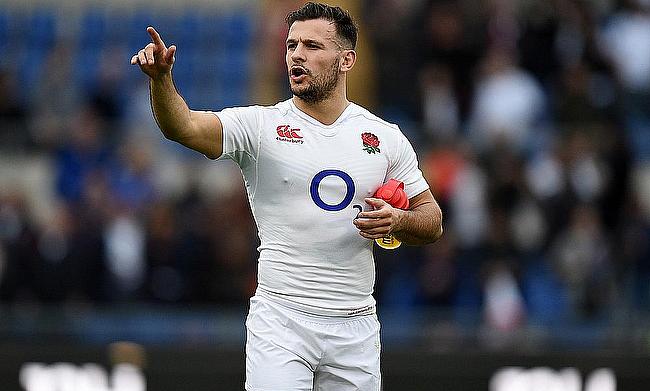 Richard Cockerill has spoken about England bringing Danny Care back into the international fold and admitted the Harlequins scrum-half is not only in contention to tour Australia, but he could also make it to next year's World Cup.

Over the last two seasons, the 35-year-old has arguably been playing the best rugby of his career but up until now, he has been left out in the cold by Eddie Jones.

Care's last cap for his country came in 2018 against Japan, but on Sunday, he was named in the 36-man squad who are preparing to take on the Barbarians at Twickenham this weekend.

With Ben Youngs in Gallagher Premiership final action, it had opened the door for the likes of Harry Randall and Alex Mitchell to take their opportunities against the BaaBaas but veteran Care - who has been capped 84 times by England - will also be out to prove a point on Sunday.

Whilst the immediate aim for the No.9 might well be to board the plane to face the Wallabies in July, Cockerill stated the Quins star, like each player currently in the England camp, has every chance of also appearing at next year's World Cup.

“Definitely. If he [Care] is playing well enough and is playing better than anybody else young or old, then he will come into contention because World Cups are about having that balance, having enough caps of experience to be able to control and manage the pressure but also those young guys who are so hungry to compete and are coming through.

“It gives you that real balance of experience, energy, enthusiasm and making sure we have that real balance in our group. I don’t think age will be a barrier, whether young or old. It will be picked on how well guys are playing.

“Danny is a competitor and he wants to compete. He wouldn’t be here if he didn’t have that focus to go to the World Cup. He is in great physical condition as a senior member of the squad so I would say he is very keen to compete for a spot.”

Considering Care hasn't pulled on the Red Rose for four years, he is the second most-capped player in the current England party and Cockerill hasn't been surprised by the way the Harlequins No.9 has slotted straight back in.

“He has been on great form for a little while now. He is full of energy and life. He is a good character and clearly a very good player so he is adding on and off the field. It has been really positive.

“He is very experienced, isn’t he? He has worked with Eddie before, he has worked with a lot of the guys that are in the squad now. He is a bright man, he picks things up very quickly. He is clearly a very instinctive player, he has dropped in very easily and trained very well and being very good with the group.

“He has always been in England’s thoughts. He has been on great form for Quins. There are a lot of other good, young nines that have been brought through by Eddie and we have had Benny Youngs there as well. Danny has always been part of the selection conversation and Eddie thinks it is the right time to bring him back into the fold to help the group.”