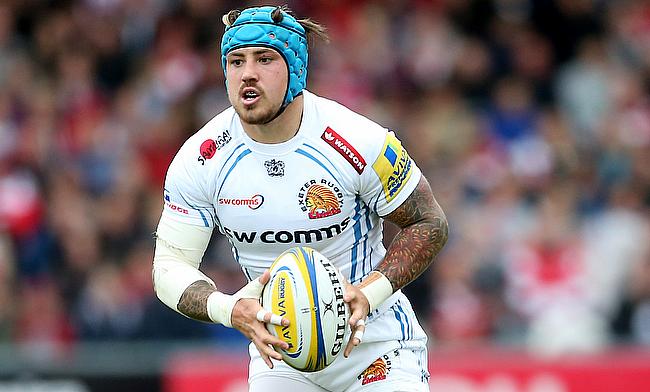 England head coach Eddie Jones has named five players for the first time in the 35-member training squad ahead of the clash against Barbarians and the tour of Australia.

Biyi Alo, Charlie Atkinson, Freddie Clarke, Sam Jeffries and Patrick Schickerling are the new players named by Jones with the overall squad containing 16 uncapped players in the absence of players from Leicester Tigers, Saracens, Harlequins and Northampton Saints, who will be competing in the Premiership play-offs.

Jonny May, who recently made a comeback for Gloucester after recovering from a knee injury has also been recalled along with Exeter's Jack Nowell, who sustained a broken arm during the Six Nations game against France.

Exeter hooker Luke Cowan-Dickie and Bath wing Anthony Watson will continue their rehabilitation during the three-day training camp in Teddington.

“With a number of players unavailable because of the Premiership semi-finals, we’ve got the opportunity to call up some new players," said Jones.

“It’s a great opportunity to learn about them and see what potential they have to play a part in the Australia tour.

“We look forward to continuing the good work from our last camp in developing this team on and off the pitch.”

England will be facing Barbarians on 19th June followed by a three-game Test series against Australia that will kick-off on 2nd July.