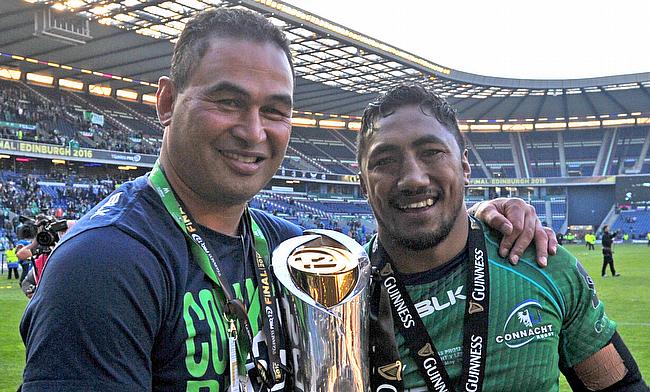 Connacht have confirmed contract extension for centre Bundee Aki and lock Ultan Dillane that will keep them with the Pro 12 club until 2020.

New Zealand born Aki has played for Counties Manukau and Chiefs previously before joining Connacht in 2014. Reports suggest that the 26-year-old had rejected an offer from French club Bordeaux Begles in a bid to play for Ireland after he qualifies on residency ground next year.

The 22-year-old Dillane has played five Tests for Ireland and was a product of Connacht academy. After being born in France, Dillane moved to Ireland at the age of seven and it is understood that he had turned down an offer from Munster to extend his stay with the Pro 12 champions.

Head coach Pat Lam was delighted with the duo showing interest to remain with the the club.

"Two talented rugby players, naturally their performances have attracted a lot of attention and there is no doubt that they had options in terms of where they could play.

"But I believe it is a massive statement about what we are doing here as a team and an organisation that they were both so determined to continue to play their part."

Meanwhile, Connacht CEO Willie Ruane stated that the duo are eyeing a long term goal with the club.

"Both Bundee and Ultan made it clear from the start that they were keen to stay and play their rugby with Connacht," said Ruane.

"They are truly committed to the overall vision for the province and their signatures are a big boost to the future of Connacht Rugby.

"We're delighted, for the two players and for our supporters, to be able to share this news."

After being part of Connacht for two years, Aki feels at home with the Galway based club.

"I moved over here not really knowing what to expect but this place has become home to me and my family now.

"I am proud to be part of this Connacht team and I'm excited to see what we can achieve together."

Dillane is confident that the club has a bright future considering the performance in the previous season of Pro 12 and in the ongoing European competition.

"Connacht Rugby has given me so many opportunities since I started in the academy and I'm delighted to have signed on again," said Dillane.

"I am enjoying my rugby so much here and am excited about the future of this team and the province."