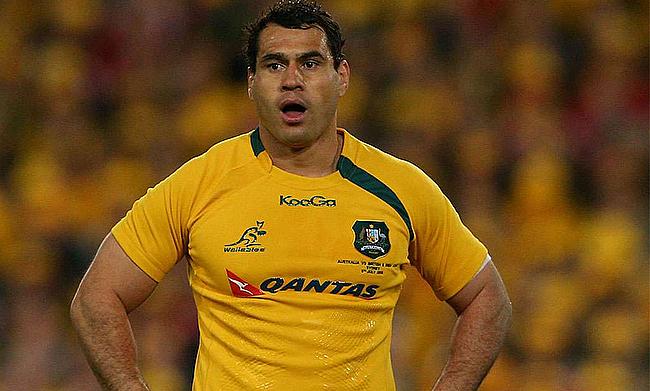 Billy Vunipola scores on return as Saracens seal 44-23 win over Bristol Rugby
Charles Piutau in line to return to Bristol in October
Bristol Bears stun Bath 17-10 in Premiership opener
Pat Lam: The Bristol Bus is Moving
Sam Bedlow to put injury-hit season behind him as he looks to kickstart his Bristol career

Former Australia international George Smith is set to be available for Bristol's upcoming Gallagher Premiership encounter against Gloucester after he was cleared of a disciplinary action following his latest red-card incident.

The 38-year-old was sent off by referee Andrew Jackson in the 49th minute during last weekend's game against Saracens at Allianz Park for a dangerous tackle on Jackson Wray and appeared before a disciplinary panel comprising of Gareth Graham (chair), with Jamie Corsi and Olly Kohn.

Smith contested the charges against him and the panel later ruled out any further action after no conclusive evidence was availablle.

“The independent panel had the benefit of viewing this incident from a number of different angles," said panel chairman Gareth Graham.

“The footage did not clearly show whether or not there was direct contact between the player and the head of Jackson Wray.

"The panel heard evidence from Wray who said that he could not remember whether there was direct contact with his chin; he said that this was a big collision which was well-timed.

"The player explained his actions in detail and assisted the panel by demonstrating how the tackle had been carried out. He demonstrated how the position of the ball was important as to how the tackle situation developed, as it created an effect whereby it caused Wray to bounce backwards in the collision.

"The panel concluded on the balance of probabilities that the initial contact did not involve any direct contact to the head of Jackson Wray.

"On Wray’s own evidence, there was then a glancing contact to the underneath of his chin which was incidental to an otherwise legitimate tackle.

“In the panel’s view, and taking into account all of its rugby experience, that glancing contact did not pass the red card threshold.”

Bristol are currently positioned eighth in the table with a win and a defeat apiece in the two games until now.