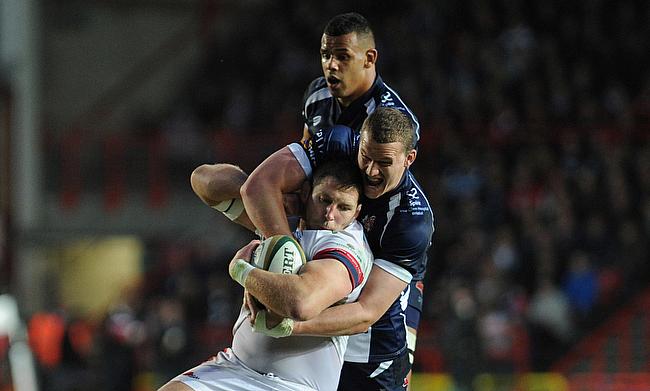 Bristol have successfully managed to return to the Aviva Premiership after seven years, despite losing the second-leg final of the Championship against Doncaster Knights by 32-34 at Ashton Gate.

Playing in front of a full packed crowd, Bristol successfully defended their 28-13 win margin, which they secured in the first final at Castle Park.

Ever since their relegation from the Premiership in 2009, Bristol have been part of four Championship finals and this is the first time they managed to get the barrier away and now will replace the relegated London Irish team in the 2016/17 season.

Callum Sheedy was once again the hero for Bristol as he added 22 points in the game in addition to the 13 he added at Doncaster.

Fly-half Sheedy opened the account for the home side by kicking a penalty inside 10 minutes, but his counterpart Declan Cusack levelled the scores two minutes later. However, the Donacaster fly-half missed another penalty in the 26th minute which would have given his team a three-point lead.

Matthew Morgan made his final appearance for Bristol in the 29th minute, replacing Jack Tovey, who suffered a shoulder injury.

A couple of penalties from Sheedy put Bristol in 9-3 lead, but Doncaster made a brief comeback with Will Hurrell scoring the first try of the game which was converted by Cusack.

However, their dominance lasted only few minutes as William Cliff scored Bristol’s first try at the stroke of the half-time and with Sheedy adding the extras, the first half ended 16-10 in favour of the home side.

Doncaster suffered an early setback in the second half as a try from Mat Clark was denied after the TMO spotted a crossing offence. By the 49th minute, Bristol lost their star flanker Jack Lam with a leg injury.

A couple more penalty from Sheedy allowed Bristol to enjoy a 12-point lead in the game and an overall lead of 27 as Richard List’s sin-bin didn’t help Doncaster’s cause.

Just when Bristol were looking comfortable and gained control over the game, Doncaster fought back hard with tries from Paul Jarvis and Ollie Stedman to reduce the overall gap to 13 points.

It was James Phillips, who scored the decisive try for Bristol at the closing minutes of the second half which proved handy for the home team despite Doncaster scoring their fifth try in the form of Latu Makaafi.

The 34-32 victory didn't prove enough for Doncaster as they lost the first-leg final by a margin of 15. Sheedy was named the man of the match.