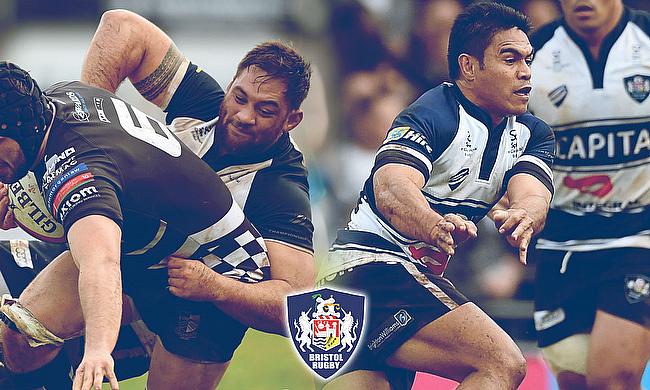 Following two consecutive years of play-off final heartbreak at the hands of first London Welsh, then Worcester Warriors, Bristol Rugby look finally set to make good on their perennial promotion favourites tag and regain their place in the Aviva Premiership next season having overcome a stubborn Doncaster side 28-13 on Wednesday night to take a fifteen point aggregate lead into next week’s championship decider.

Despite an abrasive first-half performance from the Knights who led 13-11 at half-time in front of their home crowd at Castle Arms Park, Bristol’s clinical lineout opportunism that saw Ross McMillan and Ben Glynn touch down for the visitors in quick succession, coupled with Callum Sheedy’s late penalty, saw them comfortably home ahead of next week’s return leg at Ashton Gate.

With the first-half of this season’s Championship final officially in the books, Lewis Hughes identifies the standout performers from Wednesday’s game:

Simply too good to be playing Championship rugby for much longer. Samoa’s incumbent openside flanker at test level, Jack Lam was at his destructive best on Wednesday, carrying with force from the outset and proving immovable over every ruck he chose to contest.

Lam’s multi-dimensional two-way game has earned him plaudits globally this season following an impressive turn at the World Cup and his international class shone bright once again in Doncaster where he looked very much like a test veteran amongst Championship talent.

A constant disruption to the Knights’ attack, Lam’s instincts and ability to position himself within the immediate vicinity of a forming breakdown is up there with the Premiership’s very best. His on-field influence was ubiquitous once again at Castle Arms Park.

Although Doncaster’s attack ultimately faltered in the second half, inside-centre Will Hurrell grabbed himself the pick of the tries on Wednesday afternoon, running an inch-perfect line to cross for the game’s opening score.

Utilised very much as a battering ram in the Knights’ midfield, Hurrell impressed throughout with his abrasive ball-carrying that embodied Doncaster’s smash mouth approach to unlocking the Bristol defence.

One of the few consistent metre-makers within the Knights’ side, Hurrell’s positioning was faultless all evening and his performance will have ensured that Bristol earmark him as one of Doncaster’s primary scoring threats ahead of the return leg.

Bristol’s most dangerous attacking option throughout against Doncaster, captain David Lemi – as he has all season – led from the front in the visitor’s victory at Castle Arms Park.

Constantly coming into the line to demand the ball and make plays, Bristol’s other Samoan international was at the forefront of everything the West Country side produced offensively, probing the Knights’ defensive line out wide and running with intent in coming off his wing.

Lemi’s attacking ambition was duly rewarded with a superb try to reduce Bristol’s initial deficit at the end of the first half – rounding his opposite man before using his astutely using the wet conditions to slide over in the corner and avoid being dragged into touch.

Experience, especially that of a tested international, is paramount for team success in high-stakes games such as Wednesday’s and the 34-year-old provided just that in leading his Bristol side to a commanding lead over Doncaster.

A breakout star of Bristol’s dominant season and a seamless orchestrator of the visitor’s attack, Callum Sheedy produced another efficient performance to further justify Andy Robinson’s decision to keep Welsh international Matthew Morgan on the bench for the season-defining run in.

Quick, simple passes and a mixed approach that utilised both Bristol’s powerful forwards and pacy backline kept Doncaster on the backfoot all match and Sheedy punished the Knights for every infringement committed with 13 points from the boot including two superb touchline conversions to close out the game in clinical fashion.

Matthew Morgan’s inclusion with the Welsh international squad for the summer tour to New Zealand has rightly garnered headlines around Bristol in recent weeks, but Sheedy’s continuing impressive turn as incumbent fly-half shows that Bristol have enviable depth at one of the game’s most important positions.