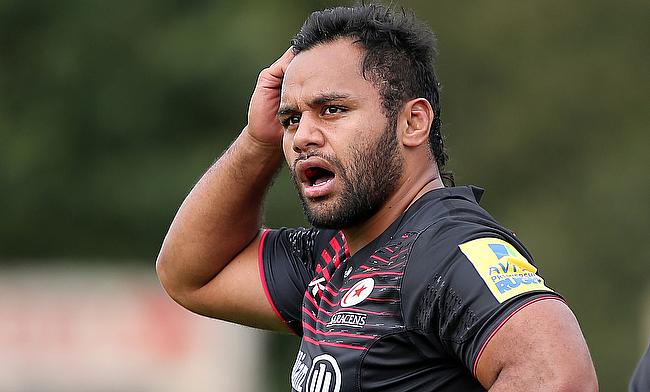 Billy Vunipola was helped from the field in the closing stages of the first half after catching knee in an awkward position as Saracens continued their unbeaten home record over Sale with an emphatic 41-13 bonus-point win at the Allianz Park on Saturday.

The Saracens No 8's injury to his right leg will be a major concern for England head coach Eddie Jones.

The European champions cruised to a five-try victory against Sale, who have just one win to the name after four rounds of Premiership rugby this season.

Owen Farrell was exceptional as usual as he converted all five tries while also adding a couple of penalties to his side's tally.

The visitors battled hard in the second half but Steve Diamond's men conceded the bonus point before the final quarter.

With autumn internationals against Argentina, Australia, and Samoa on the horizon, the outcome of Vunipola's scan on his injured leg will be eagerly awaited.