Ben Donnell Exclusive: I haven’t played in front of fans for at least a year 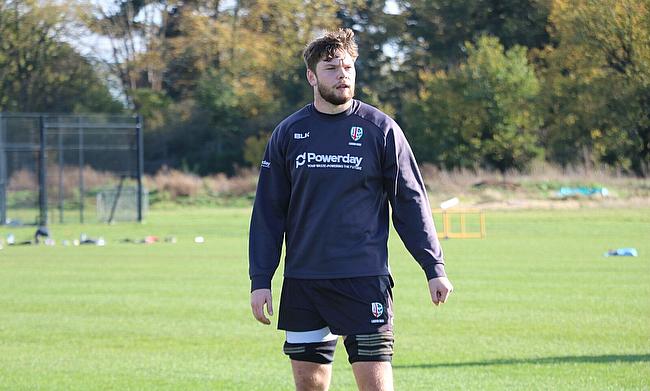 Wasps sign Dan Frost from Cornish Pirates
Match Centre: Leicester Tigers 35-29 Harlequins
Callum Sheedy Exclusive: These guys are operating at a world class level - You have to pinch yourself!
‘All the lads are looking forward to it’ - Newcastle Falcons ahead of the return of fans

With Exeter Chiefs coming to town on Tuesday, it will mark the start of new horizons for London Irish.

Since the club moved to Brentford in late-November, the Exiles have hardly had a chance to welcome their fans to the venue they now call home.

The only time which the Brentford Community Stadium has hosted Irish supporters thus far was a 21-13 loss against Sale Sharks back in December.

In the months that have followed, fans have watched on from their living rooms as Declan Kidney and Les Kiss have guided the club to sixth in the Premiership table with four games left to play.

Operating at a limited capacity on Tuesday night, the Exiles faithful will be hoping to see their team in full flight against the current champions. Kidney has not only been getting positive results on the pitch but he has seemingly brought about a new team ethos and a passion for wearing the club’s shirt.

In years gone by, numerous coaches, as well as the fans, have had to stand by as their best players have been poached from right beneath their noses before going on to flourish in the shirts of Bath, Harlequins, Gloucester, England and even the British and Irish Lions.

Lovely flick from @Blair_CowanTC to put Ben Donnell over the line ??

Not our day yesterday, onto next weekend ??

Irish have always had one of the country’s best academies with the likes of Anthony Watson, Jonathan Joseph, Joe Cokanasiga, Marland Yarde, Delon Armitage and Guy Armitage all honing their skills at Hazelwood before beginning new chapters in their respective careers.

Since coming in as Director of Rugby, Kidney has maintained that one of his priorities is to make young players want to stay. Looking at the matchday XVs picked by the Irishman, there is a considerable amount of academy graduates present with the flying trio of Ben Loader, Tom Parton and Ollie Hassell-Collins having made plenty of headlines this season with their performances.

But, there are players even younger than those three getting regular opportunities and Ben Donnell is possibly at the top of that list. The versatile back five forward has made the majority of his Irish appearances under Kidney, but the bulk of those games have come with no fans in the stands.

Having made his return from injury against Newcastle Falcons in the last round, Donnell will have his mother and father watching from the stands on Tuesday as he gets to terms with playing in front of spectators again.

“I think it will be exciting,” Donnell said. “Everyone is looking forward to it and for me personally, I have played a lot more games without fans than I actually have with fans, so it will be very exciting to see.

“I can’t really remember the last time we played with fans. We had that Sale game a while ago, but I was in the stands because I was injured, so I haven’t played in front of fans for at least a year I think.”

One of the realities of the last year of rugby is that plenty of players have blossomed due to the number of games that there have been. Particularly during the sport's restart in August, teams would be playing three matches in the space of seven days and as a result, youth had the opportunity to impress.

Now as fans return, the question is whether or not players will wilt with the extra expectation or if the time spent honing their craft without the added pressures of an instant reaction will allow for individuals to carry on performing at a high standard.

Donnell has impressed with his versatility, combative nature and the clear improvements that he has made on a regular basis over the last 12 months have been evident.

A tried and tested method for upskilling young talent has been learning from senior players in the squad. At London Irish, Donnell has the likes of Sean O’Brien, Blair Cowan, Rob Simmons and Adam Coleman to soak up knowledge from, but it is one of the team’s captains who the 20-year-old turns to most.

“Matt Rogerson is very helpful,” Donnell explained. “He is a very nice guy to talk to and knows his stuff, so he’d be my main point of contact.

“Jackaling has definitely been a main focus. I didn’t used to do much of it before, so that is the main thing I have been working on for a long time. I don’t think I am that good at it yet, but I have definitely made a lot of progress, so that is a good positive for me.”

Playing at openside flanker on Tuesday, Donnell’s ability to adapt has been the making of him in his early career. Able to slot in at lock or on either flank, the England U20 international will be coming up against an Exeter Chiefs forward pack that contains two British and Irish Lions in the form of Luke Cowan-Dickie and Sam Simmonds.

Here is our side to welcome Exeter Chiefs to the Brentford Community Stadium tomorrow night (kick-off 7:45pm)!

With games coming up against Gloucester, Wasps and Bristol after their clash with the champions, it is certainly going to be a challenge for the Exiles to hold onto their top-six spot, a position that would be their highest in 10 years.

“We are feeling good about it,” Donnell said. “I just think it shows the quality we have in our ranks now. We are always looking to kick on and take the next step

“Top four was always the aim from the start of the season and it always will be, to try and get those semi’s and finals, because ultimately you want those titles.

“For the team, the aim is to win every game. It always is. I think if you are going out there to not win a game, what are you doing really?

“We are going for four out of four for our end of season and for me personally, I just want to play in those games and play well for the team.”