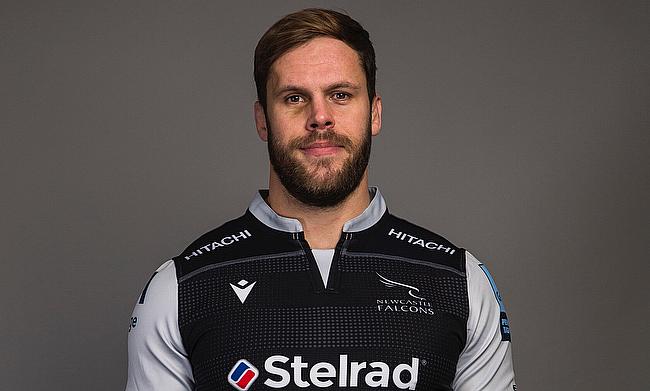 The last time Kingston Park had fans making use of its stands, Newcastle Falcons were in the Championship.

It was mid-March and despite the whispers of Covid-19 growing louder and louder, 3,999 people watched on as the Falcons swept aside Bedford Blues to keep themselves in a commanding position at the top of the Championship table.

Waiting eight months for their return to play, Newcastle’s time back in the Premiership has been somewhat of a rollercoaster. Dean Richards' side flew out of the blocks at the beginning of the term, but before their victory over London Irish last weekend, the Falcons had only picked up one league point since February.

However, after a superb second-half display against the Exiles - and with supporters set to be back on the terraces on Monday night - Newcastle head into their clash against Northampton Saints in better spirits.

And the limited capacity who will be allowed to attend the game will get to see one of the club’s favourite sons hit a milestone. If selected, Will Welch will make his 250thappearance for Newcastle, a feat that is so rarely reached in the modern age.

Turning 31 last month, it was in 2009 that the Royal Grammar School pupil first signed professional terms. Welch has stayed with the club through thick and thin and as a result, he has experienced two relegations and two promotion campaigns.

What makes his landmark all the more impressive is the numerous setbacks that kept the flanker out for an extended period of time. Having sustained head injuries, as well as problems with his knee, the team’s former captain has missed years of rugby when you accumulate the time he has spent on the sidelines.

Will Welch will play his 250th game for Newcastle Falcons if selected for Monday night’s visit of Northampton Saints, with the hard-hitting flanker relishing the return of fans https://t.co/9GTkcO98y7 pic.twitter.com/GeQecHudgG

Hitting the 200 mark all the way back in the 2017/18 season, Welch says as much as he wondered whether he would ever return from those knocks, the 31-year-old now feels better than ever.

“You get back to back to back ones and then a few things with my head, it makes you think a little bit more, but now I feel really good,” Welch told TRU.

“My body actually feels probably the best it has felt in a long time for whatever reason. Maybe it was the long layoffs, but hopefully I get a good run of being injury-free and get some more games under my belt.”

Welcoming fans back at Kingston Park

With 1,750 of the club’s supporters attending the game against Northampton, it has certainly been a long time coming. Everyone can attest to the fact that after nearly a year of stadia being empty, the sport has lost something of the sparkle that made it so special to begin with.

“It’ll be great and no matter how many numbers, it is just great to see people coming through and sitting in the stands again,” Welch said. “I think a lot of clubs can say that.

“It is a little bit more normality and hopefully we will get a few more fans for the Worcester game depending on how things go, so it is nice. All the lads and fans are looking forward to it.”

For weeks now, players and coaches have described how they have begrudgingly adapted to playing at empty venues. However, all of a sudden, the turnstiles will be rotating again and teams will have to contend with some added noise from this point onwards, all being well.

Your mind then wonders to exactly how players will react to the cheering, the hollering and general chatter of a spectator. Monday is the day that many have been waiting for, the passion of a crowd such a motivating factor for those on the pitch, but could that emotional release be all too much for some?

“I’m not really sure, it is going to be interesting,” Newcastle’s Head Coach, Dave Walder, said. “We spoke as a group of coaches and the worry was that the potential banana skin was that you get carried away because you are at home and you get a bit loose, and you want to put on a big display and I think the key is that we enjoy having our supporters cheering for us.

“But we will make sure that we don’t get too carried away and we execute our game plan as best we can and give them something to cheer about.” 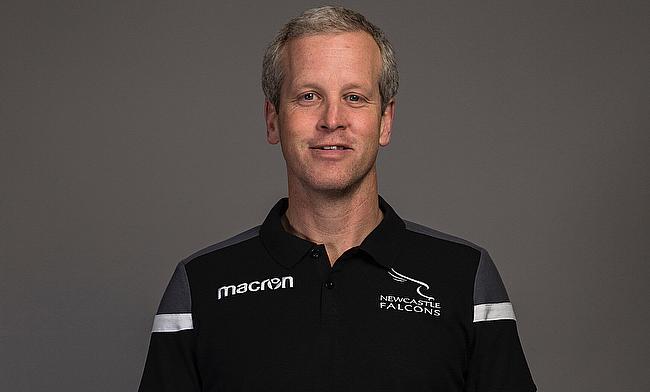 Dave Walder was promoted to Head Coach in 2017
©Chris Lishman

As Walder said, Newcastle will be hoping to put smiles on faces on Monday night, but their opponents will have something to say about that. Chris Boyd’s Northampton come to the North-East off the back of a loss to Gloucester, yet they still sit fifth in the Premiership table.

Still looking to break into the top four with four games to play, Saints need a win if they are to keep on the heels of Harlequins, with a harsh run of games against Wasps, Exeter Chiefs and Bath closing the season.

Where Gloucester had their success last weekend was through a solid set-piece and good work on the ground. Essentially, George Skivington’s side were better than Northampton at some of the facets the Saints pride themselves on and Walder echoed some of this when asked what he had been looking at in the run-up to this game.

“Traditionally, they have always had a very good set-piece,” Walder said. “They try and put pressure on your set-piece when they haven’t got the ball, so we have got to make sure that our basics are right and from an aerial point of view, we have got to go and target the people we think are weak links in their defensive system.

“I think they play slightly differently, slightly less aggressive in line speed, but are far more competitive at the breakdown with their forwards in Teimana Harrison and Lewis Ludlam and guys like that.

“So, we have got to make sure that our basics are right at the breakdown and at set-piece, and if we do that, then we should be able to move the ball to the areas we are hoping.”

It was Monday morning when the announcement came that England 'A' was returning to our lives. Previously branded as the England Saxons, the team will play their Scottish counterparts at Mattioli Woods Welford Road as part of the summer schedule.

The last time England 'A' toured it was all the way back in 2016 when a group of 27 players travelled to South Africa. From that crop, Tommy Taylor, Alec Hepburn, Charlie Ewels and Don Armand have gone on to represent England in the years that have followed, whilst Nick Tompkins and Mike Haley’s international allegiances have changed.

It was in 2019 that the team last played a fixture and at that time, the group was led by Jim Mallinder. Also part of the coaching set-up was Walder, who was in charge of the attack after receiving recognition for Newcastle's impressive style of play, even if their season had ended in relegation.

It was a fine day for attacking rugby as England defeated the Barbarians 51-43, with a certain Marcus Smith picking up the man of the match award.

The Harlequins fly-half is still yet to gain a full cap, but from that squad, Beno Obano, Joe Marchant and Tom Dunn have all now played for England, whilst Callum Sheedy and Johnny Williams have represented Wales in the past 12 months.

There is expected to be a swell of new talent in Eddie Jones’ side this summer and in the England 'A' team, there are likely to be a number of international hopefuls. With that in mind, there could be at least one Falcons player in the mix and Walder believes that several of his men would warrant a place.

“I hope they are looking at all of our guys,” Walder said. “We haven’t actually seen the England coaches up here for a while. There are a few of our guys putting their hands up. I think guys like George McGuigan has been outstanding all season, Sean Robinson has had an outstanding season.

“We know about Mark Wilson. Will Welch, he has got 250 appearances and you don’t get 250 appearances if you are not a decent player. In the backs, Luther Burrell has England ambitions, Adam Radwan.

“It would be great to see the coaches up here watching or communicating with us. It would be brilliant to have a few of our guys named in the squads when they are announced.”