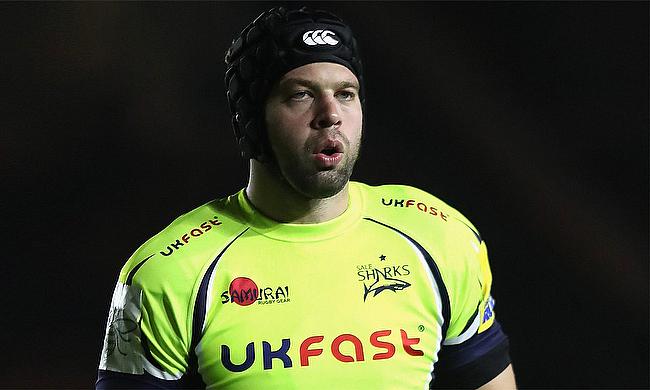 Denny Solomona steers Sale Sharks to 18-13 win over Northampton Saints
England secure 37-18 win over woeful Australia with second-half surge
Josh Beaumont column: The Premiership Cup should be viewed and used as a development competition
Beaumont's Column: The Sale Sharks man looks ahead to the new season for TRU

In his latest column for TRU, Josh Beaumont reflects on another important home win for Sale, the battle at the bottom, reaching a personal milestone + some of the key points from the Autumn internationals.

It was a much-needed win against Northampton on Saturday. We were probably slightly disappointed with the performance just because I don’t think I have played in a game for Sale where we have left so many tries out there!

There were numerous opportunities where we just couldn’t get the ball over. To be fair, it is a good sign when you are getting into these attacking situations and you are frustrated that you didn’t get more tries.

There are. of course, positives from the win over Northampton! Saints beat Wasps comfortably the week before and they had a lot of threats so on the whole, I think defensively we fronted up well, put them under pressure and made sure they didn’t have the momentum which tore Wasps apart the week before.

We also played well against Saracens the other week and they are an extremely tough outfit to beat so we are certainly taking more positives than negatives at the moment.

The league is so tight. When you are sat bottom of the table on Saturday, it does subconsciously add that extra bit of pressure on because no-one wants to be in that position.

Even though it is still close, you don’t want to be down there and we are still down there in 10th so we know we need to get a run of games going where we pick up some extra bonus-points and a couple of wins. We know we are close, but in this league this season, you can’t clock off for one moment. The standards are higher and teams will punish you.

I am feeling really good at the moment. My body is holding up! My 100thgame this weekend against Bath will mean a lot. Sale is the club where I started my professional career at and it seems along time ago since I made my debut against Montpellier in 2013. I have had a few injuries along the way so it will be a proud moment this weekend!

Chris Ashton returns from England duty to slot in at full back, with Sam James shifting to 13. We also welcome back McGuigan and Strauss from International duty with Scotland!#SharksByNature #BATvSAL pic.twitter.com/K98jIuwqR9

Ireland have to be favourites for the World Cup

Ireland’s awards on Sunday [at the World Rugby Awards] were all justified. They have been the standout team all season. I know the All Blacks are always going to be strong, but they have had a couple of defeats in there.

The way Ireland were able to nullify New Zealand’s clinical and attacking game really showed how strong they are as a team. Ireland are pretty innovative in the way they play too. They have some special moves and they showed that in the last Six Nations against England and obviously against the All Blacks. To go to Australia as well and get a series win is all thoroughly deserved.

Johnny Sexton won World Player of the Year. Obviously, from a Sale point of view it was disappointing that Faf didn’t win, but Sexton has won everything this year so you can’t argue with that!

England can be pleased going into next year

I think they will be pretty happy with their results really. With all the injuries and with players not being available, they adapted pretty well. Three out of four victories is something they would have taken before the autumn started. They came close against the All Blacks so it could have been four out of four!

It's been a November to remember ??

They looked back to their old ways in certain chunks of the games and I think they will be more positive now.

Will it be the most wonderful time of the year for Sale?

We have got a huge game this weekend down at Bath. We probably should have won down their last year and they will have a lot of players coming back so it will be tough. We have just got to concentrate on ourselves and focus on that fighting mentality to make sure we stay in these games away from home.

We are sitting well in Europe at the moment. We are top of the group with 10 points from 10 so we are targeting two more wins and hopefully that will stand us in good stead for a home quarter final in the Challenge Cup.

Then, we just want to keep building into that Bristol game on the 22nd of December. It will be a big game in front of decent crowd at Christmas and we want to put in a performance to keep working in the right direction. We have got players coming back in. Hopefully Ashy [Chris Ashton] will be back soon and Tom Curry too so there is a lot to be positive about.