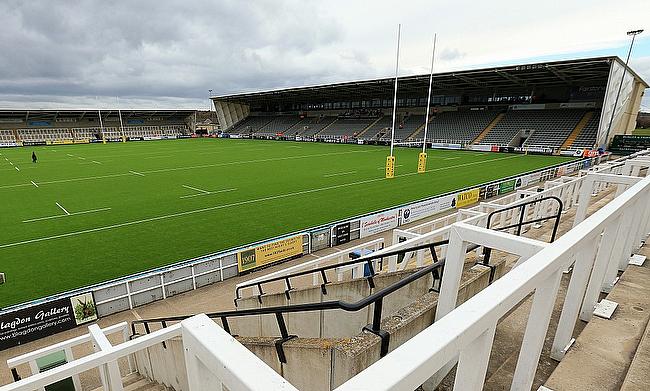 Newcastle Falcons have announced the signing of fly-half Tian Schoeman from Premiership rivals Bath Rugby ahead of the 2022/23 season.

Schoeman has already joined the Falcons even though his contract begins only in July as he is currently undergoing a rehabilitation from a knee injury.

“My contract starts in July, but I’m up here already and we’ve got a house sorted in Newcastle,” said Schoeman.

“I’ll be up here rehabbing my knee and making sure everything is right for the start of pre-season, getting properly settled in the area, and I’m looking forward to it."

Born in Pretoria, Schoeman started his career with Bulls and also featured for Bordeaux and Cheetahs before heading to Bath Rugby in 2021.

“I’ve only heard good things about Newcastle, both as a city and a club.

“I know some of the guys who are already playing up here, like Philip van der Walt and Louis Schreuder, and they’ve spoken really highly about the Falcons. I’m really looking forward to playing here, and having had more than a year at Bath I’m gradually getting used to the British weather!”

With his stint in Bath affected by an injury, the 30-year-old is now looking for a fresh start with the Falcons.

“My journey at Bath was tough, with coming over in January 2021, playing five games and then suffering a serious injury – ironically here at Newcastle.

“It’s been good from a family point of view, but Newcastle is a fresh start for me and I can’t wait to get started."