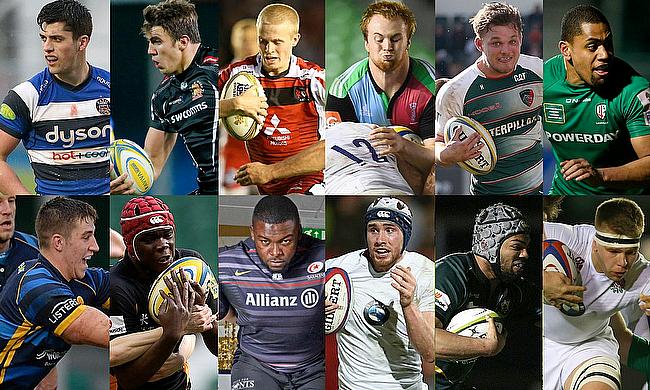 The Aviva ‘A’ League never fails to be underestimated in terms of its importance to player development but with squads larger than ever before to take on the travails of a full domestic and European season, it has never been more important as a source of game time and skill development for emerging players.

Even with a raft of new additions coming into the Aviva Premiership next season due to the increased salary cap, plenty of the standouts in this year’s ‘A’ League will be given their opportunities at the next level, especially with the anticipated return of the LV= Cup.

We take a look at one player from each team who could make that leap over the next five months:

The Scotland U20 fly-half has already made an impact for Bath’s first team, helping fill the void created by the Six Nations call-ups of George Ford and Rhys Priestland. He acquitted himself extremely well for a player so young and should again feature during the international windows in the 2016/17 season. With a silky running style and crisp distribution, Hastings is a prospect Bath and Scotland fans will both be keen to keep an eye on.

One of the new breed of versatile second row-flankers, Skinner plays a lot like Gloucester’s Ross Moriarty, but he’s bigger and, if possible, tackles even harder. The addition of Dave Dennis won’t help Skinner’s quest for playing time but with another year of physical and technical development under his belt, Skinner could be a versatile bench option for Exeter next season.

After Protheroe signed full terms with Gloucester at the end of last season – not just a senior academy contract – many wondered if he would feature prominently for the Gloucester first team this season. That has not been the case, however, and he has spent the majority of the season with Gloucester United and England U20s, featuring at both fly-half and full-back. With Steve McColl departing at full-back and James Hook and Billy Burns the club’s only recognised fly-halves, that much-anticipated step up should come quickly for Protheroe.

Chisholm has flirted with the Quins 23 this season, featuring in the European Rugby Challenge Cup and during the Six Nations, but, quite understandably, has found it difficult to break into a back row featuring Luke Wallace, Chris Robshaw, Jack Clifford and the venerable Nick Easter. With Easter seemingly being phased into a coaching role and both Robshaw and Clifford part of England’s plans moving forward, opportunities should continue to increase for the reigning World Rugby Junior Player of the Year.

Will Evans, Leicester Tigers A

It’s hard to breakthrough into Leicester’s back row – just ask Charlie Beckett and Will Owen – but Evans has clearly been identified by Richard Cockerill and Aaron Mauger as a player capable of making that leap. A natural openside, the 19-year-old will have to prove he’s every bit the match for Brendon O’Connor, Tom Croft and Lachlan McCaffrey to feature. He made his debut for Tigers a few weeks ago, albeit as an injury replacement, but given the Tigers’ depth in their pack, that is no mean feat.

Irish may have had their future in the Greene King IPA Championship all but confirmed of late but Cokanasiga is a player capable of firing them back to the Premiership at the first time of asking. The young winger is a colossus in terms of physical stature and potential, and even as raw as he currently is, could cause Championship defences all types of nightmares. Retaining Cokanasiga should be priority number one for Irish this offseason.

The England U20 back rower has been one of the leading lights for a Newcastle side that has defied all pessimistic predictions in the ‘A’ League this season. Chick is unlikely to displace Mark Wilson or Will Welch from Falcons’ starting back row, but he will provide depth and should see plenty of playing time in the LV= Cup and Challenge Cup next season.

With Courtney Lawes, Victor Matfield, Michael Paterson, James Craig and Christian Day all on the books, you would think that another lock would be the last candidate to make the step up at Franklin’s Gardens. However, with Lawes likely to be involved with England and Matfield being phased into coaching, those stocks slim down considerably and just a single injury at the position could blow the door open for the Junior World Championship-winner. Onojaife has been one of the Wanderers most consistent performers this season.

Sale often lack for representation at U20 level with England and that pathway tends not to be the most productive for them as a club. That said, when they have a high-level talent like Nott on their books who has been identified at national level, they need to make the most of him. England’s U20 Six Nations campaign was a miserable one, but one positive was the dynamism that Nott brought following his move from lock to blindside flanker. He can bring the same carrying and intensity to the Sale six jersey next season.

Another JWC-winner, Alo has been impressing with the Storm and for Bedford Blues and could make a move on the Saracens first team next season. Kieran Longbottom will depart for Sale at the season’s end, leaving Alo to compete with Petrus du Plessis, Juan Figallo and Titi Lamositele. With du Plessis not looking quite as consistent of late, Figallo being perennially injury-prone and Lamositele capable of packing down on both sides of the scrum, Alo can force his way into the 23 if he continues to scrummage with the technique and ferocity he has previously shown.

Ehizode was still playing academy rugby this season but that didn’t stop Wasps from fast-tracking him into their ‘A’ team and letting him test himself against grown men and a handful of former and current test players. The athletic lock is a menace at the lineout and very formidable defending mauls, not to mention a dynamic player with ball in hand. The LV= Cup will be a much more exciting tournament if this young man is given Wasps’ five jersey in it.

Another hybrid second row-loose forward, Taylor can make himself an option for Worcester next season, even with a very competitive group of second and back row players at the club. Like Skinner for Exeter, Taylor can provide a versatile option off of the bench and brings a level of athleticism potentially missing in the Warriors’ engine room and eight stocks.