A look at this weekend's Aviva Premiership stats 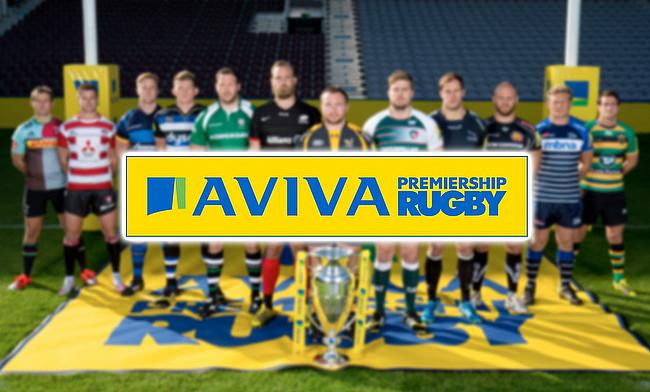 We take a look at some of the stats ahead of this weekend's Aviva Premiership Rugby fixtures.

Leicester are unchanged from the side that sent French challengers Stade Francais crashing out of Europe last weekend. Full-back Mathew Tait again captains the team, while scrum-half Sam Harrison and lock Ed Slater feature among Tigers' replacements following their late withdrawals ahead of the Stade clash.

England prop Mako Vunipola will captain Saracens against Quins at Wembley. Fly-half Owen Farrell is on the bench, with Charlie Hodgson starting, and lock Jim Hamilton features in a rotation switch for Maro Itoje, partnering George Kruis. Marcelo Bosch and Duncan Taylor team up in midfield, with Neil de Kock at scrum-half.

Centre Gonzalo Tiesi makes his first senior Newcastle appearance in more than a year after recovering from injury, and he is among four changes to the side beaten by Harlequins a fortnight ago. Tiesi partners Juan Pablo Socino in midfield, with full-back Simon Hammersley also called up and Sean Robinson returning at lock.

Irish show two changes for the trip to Kingston Park in what is a huge game in terms of their Premiership survival prospects. Wing Alex Lewington is recalled after missing three games through injury, while Canada international Jebb Sinclair starts in the back-row instead of Ofisa Treviranus.

Sale will aim to preserve their unbeaten Premiership home record this season when Bath arrive at the AJ Bell Stadium, and rugby director Steve Diamond has made four changes after last Friday's Challenge Cup quarter-final defeat against Montpellier, with centre Sam Tuitupou returning as captain, in addition to starts for wing Will Addison, prop Eifion Lewis-Roberts and number eight Mark Easter.

England fly-half George Ford will skipper Bath against the Sharks, with Wales international Rhys Priestland replacing a suspended Anthony Watson at full-back. Elsewhere, Ollie Devoto and Jonathan Joseph forge the centre partnership, with hooker Rob Webber lining up against the club he will join this summer.