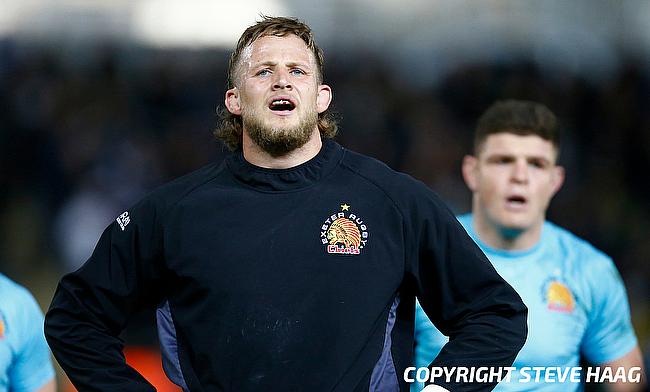 Australia lock Darcy Swain will be attending an independent disciplinary hearing following his red-card incident in the recently concluded Test against England in Perth.

Swain was sent-off in the 34th minute for headbutting Jonny Hill with the latter also sin-binned but the Wallabies eventually got away with a 30-28 victory to take a 1-0 lead in the series.

The 24-year-old will attend a hearing on Tuesday via video link before an independent judicial committee chaired by Shao-Ing Wang and including former players Chris Smith and Stefan Terblanche but there has been no mention on whether Hill has been cited.

"Obviously we will have a decent look at the footage and work out how we are going to appeal that," he said following the victory.

"If it's a headbutt, it is clearly a red card. I am not sure his intent was to headbutt him. But we will look at the footage and get clarity on whether we think there is an avenue to challenge."

"Not to my knowledge," Jones said.

"It was just one of those things mate, where two bulls go at each other and they get a bit carried away. That's what happened. I thought it was a good natured game for Australia and England, it was played in a good spirit."

The second Test will be played at Suncorp Stadium on 9th July.