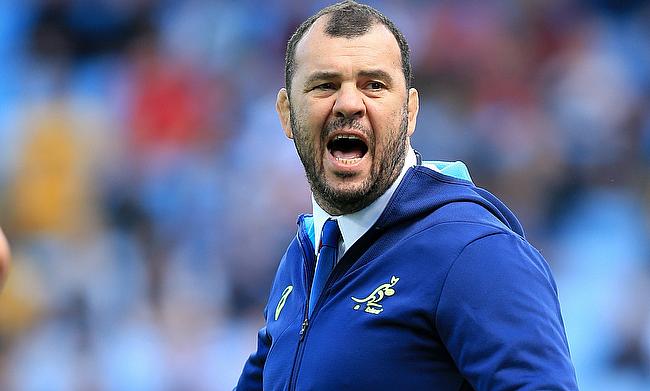 Australia boss Michael Cheika believes he is still the best option to coach the Wallabies into the 2019 World Cup in Japan despite the calls of his sacking has taken a rise following another defeat to New Zealand in the Rugby Championship opener in Sydney.

The Wallabies were outplayed by their trans-Tasman rivals All Blacks last weekend as they suffered a 13-38 defeat and will now face Steve Hansen's side in Auckland on Saturday with the Bledisloe Cup in line - which they never managed to claim since 2002.

“I’ll tell you now, there’s no one hurting more than me than when I walk down the tunnel and I see my two kids there crying,” said Cheika.

“So it is built on emotion, there’s emotions for us as well. But we’ve got to try to keep it clear with what we’re doing.

“For me, I feel no matter who is throwing rocks, I’m in a good place because I’m always the hardest critic on myself.”

Australia had a tough 2017 year under Cheika having lost three out of the four Tests until now including a series defeat against Ireland at home.

Despite, the setback Cheika said the results did not quite reflect the preparation the team had endured and is confident of a turnaround.

“I’ve always had a plan about what I want to do,” he added.

“Sometimes you get bumps that take you on a different course, you lose players, different things happen along the way and you’ve got to be able to adjust to that.

“But when you know exactly where you’re headed, it makes it a little easier to deal with those things because you can stay on track.”

Cheika will be wary of the fact that Australia will face an uphill task at Eden Park where they haven't won a Test against All Blacks since 1986 but the 51-year-old believes his squad has the potential to create history.

“I know that you guys don’t think that, but I think we can.”

Australia are currently positioned last in the Rugby Championship table following their 13-38 defeat over the All Blacks in the opening game at ANZ Stadium in Sydney.