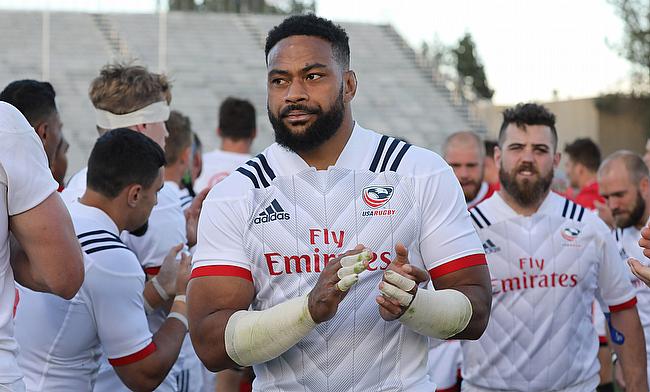 Former England skipper Chris Robshaw to feature in MLR
New York's Greg McWilliams on the continued improvement of rugby in the USA
Toby Freeman on a year in the top-flight and the Championship 'grind'
MLR: Updates from North America

Having played rugby professionally with Ealing, Worcester and the Sunwolves in his career, Andrew Durutalo moved back to America mid-season to take up a role with USI Insurance Services in Seattle.

Not out of rugby entirely, Durutalo is now a member of the Seattle Seawolves in Major League Rugby and still holds aspirations of representing his country in both the XV-a-side and 7-a-side games. At the age of 32, he says that he had been considering his career after rugby for some time.

“The reality of life after rugby and also the realisation of how old I was getting, I had been thinking about it for a very long time,” Durutalo said. “Just the reality of trying to transition out from playing professional rugby or doing something on the side just to help me with taking that next step towards my life after rugby.

“I had talked to some of the coaching staff at Ealing about life after rugby and they did acknowledge the fact that they weren’t doing much about helping guys moving forward. I think that made me proactive in trying to figure something out and I think that was one of my biggest reasons.”

Born in New York prior to being educated in Fiji and Japan, Durutalo is a unique athlete. An extremely quick, strong and large presence on the field, he is known for his attacking style and ability to unlock defences with ease.

Reaching out to people in America, Durutalo ended up interviewing for USI in the summer of last year whilst on a break from Ealing’s pre-season. By the time he had landed back in England, the Eagle had a job offer and a decision to make. In his second spell with Trailfinders and with two seasons left on his contract, it was not a choice that was taken lightly.

It is well known that  Ealing are not too far from getting things right. The start date, for the role which Duralto now does day to day, was in January 2020 and with the optimism of pre-season very much in full effect the,he says that his decision hinged largely on how his club side fared in the first half of the season and a potentially decisive game against eventual champions Newcastle.

“I knew that the Newcastle game was in December and I was hoping that they would come earlier, just so I could make my mind and my decision earlier,” Durutalo said. “I had to leave it late, trying to see how things would pan out and things went down the way they did. The way the Championship is set up right now, you have to win all of your games.

“A lot of it was depending on how Ealing were going to do and if we were going to be number one, I would stay. Getting towards that Newcastle game, I was trying to play really, really well and I was enjoying myself, I kept saying to myself ‘s*** should I just stay?' but we lost to Newcastle prior, I had made my decision.”

It was a brutal game of back and forth for Durutalo. Wanting the security being offered to him by Chris Prentice and Miles Craigwell at USI, naturally, the 32-year-old still wanted to get Ealing into the top-flight. However, he took up his post as an Executive Sales Representative in the new year and Durutalo says that USI saw the benefits of having professional athletes on their staff.

“They see that professional athletes, or sports personnel, have certain attributes that come along with that,” he added. “Being able to work on a team, being driven, being motivated, having to think on your feet, all the aspects that being a professional athlete requires. I think Covid-19 has made a lot of people aware as a rugby player of life after rugby and the reality of when it hits, just being financially stable.

“Now, I get to do a lot of stuff and still be involved in professional sport, which is another big reason that I took this job. We go to the NFL combines to try and take care of the NFL athletes that have just got drafted and our next step will probably be in the Premiership with a lot of the big salaries there.”

Of course, Durutalo will have eyes on Ealing. It is a club that has caught the eye of many and he will be eager to see whether they can challenge a demoted Premiership side more ferociously, with Saracens dropping down to the Championship.

After the departure of the American, it was announced that the man who recruited him to play in green and white, Alex Codling, would be coming back to Ealing. Someone that admires Durutalo greatly, Codling requested that the back-row stay in London until learning about the job offer he had on the table.

However, Seattle would be Durutalo's next stop and after his arrival, he was signed by reigning MLR champions, the Seawolves. Playing one game prior to injury, he was scheduled to represent the USA in their summer internationals if it wasn’t for Covid-19 putting a stop to sport across the world.

“I am really content right now with having something secure and being involved in the American league as well,” Durutalo said. “What I have been doing recently is helping UK-based players get their foot in the door here because a lot of players in the Champ do want to try rugby in America.

“A lot of mutual friends have reached out to me to help them get teams in the US, which is a good thing and I also would love to see a lot of UK-based players come and play in America. They will help drive the standards here because it is a fairly new league and I feel like if a lot of them do come across it will be very beneficial for the league itself.”