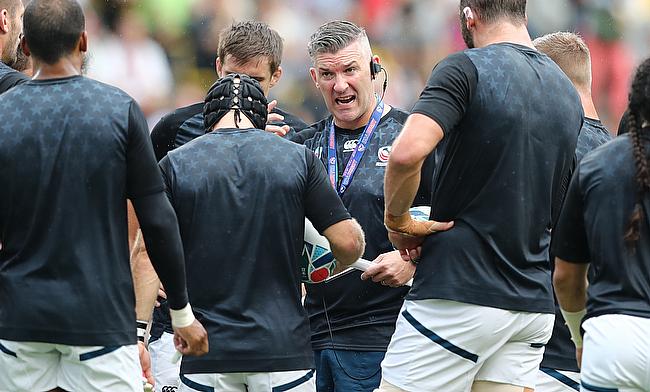 MLR: Updates from North America
Mark Winokur on Building the Toronto Arrows
Dave Clancy - Developing America
Blaine Scully: We have a lot of things we need to work on

Bringing the USA’s college game to the forefront, the draft will see some of the country’s top young talent begin life as professional players in the nation's only professional league.

Head Coach of Rugby United New York, Greg McWilliams has been in the USA since 2014, largely coaching in the college game. Having headed up the Yale rugby programme, as well as being one of Gary Gold’s right hand men in the USA setup, he is uniquely placed to discuss how the draft process is going to change the way in which college rugby is thought of in the US.

At so many universities in the States, rugby is not a varsity sport. This means that the sport is not a core programme for the educational facility and not supported in the same way financially by the college. At some colleges this is not the case, but the draft is set to strengthen many programmes with players now aware that playing rugby at a high level is a viable option post-education.

“Being a professional rugby player is now a possibility for a young American player,” McWilliams said. “It means the younger you can get that message that this is a possibility, the better chance you have of getting players on a pathway earlier, from high school, to college and then into the club game.

“I have noticed a huge change since I began in the USA simply by the approaches that coaches have with their players and there are some really excellent, outstanding coaches coaching at the college level. I think it is just great for a player to have the opportunity to play for their home state, the likes of New York.

“If you are a New York kid, who happens to go to college at the likes of Fordham or Iona, the thought of playing for New York in MLR is something that is really exciting. That wasn’t there three years ago, so I think it is great and we have seen from the amount of players that have joined the draft that there is a lot of interest.”

Next season, there will be 13 teams fighting it out for the MLR shield. After Colorado left MLR and Dallas joined the competition alongside LA, there are plenty of destinations across America for young players to be playing their rugby.

?Draft prospect Connor Buckley has been coached by @rugbyunitedny's Mike Petri and has entered the Draft with the goal of playing alongside or against his mentor!?
?
Learn more about the Draft prospect here: https://t.co/RN1Qhfhmxw
?#RoadToRugby pic.twitter.com/EDAZPabIcq

Of course, a key advantage of MLR is that the US and Canadian National teams will improve gradually due to players being professional and with McWilliams still currently involved in the US set-up as an assistant coach, the Irishman says that the draft will help the league in the long-term as well.

“Everything helps the national team,” McWilliams said. “This [draft] is an addition this year that is going to make the MLR exciting from a collegiate point of view. It means that the players who will make it into the MLR through the draft, it means now that they will have teammates that are going to be watching those players playing on.

“It is those links that get more eyes watching the sport and that’s what this country needs. We understand that there are financial constraints at the top end of the game, but what we need are players playing the game at the youngest possible age and learning the skills that are required to play the game at the highest level.

“Then, over the course of their development, they can increase their physical size, they can work on their technical and tactical understanding to become a better player. So, the more we can get players doing that at a younger age, the better the product is going to be at the end. I think having this is just another example off getting the attention of the American public and more people will play the game of rugby.”

Much of McWilliams' early career came with the development of players. He taught and coached at St Michaels school, whilst also coaching Leinster age-grade sides where he helped the likes of Dan Leavy, James Ryan, Luke McGrath and Ross Byrne achieve their international aspirations.

He also had former Ireland and Leinster coach Joe Schmidt as a mentor and now McWilliams is still a consultant at Yale University in Connecticut.

With several hundred active teams at the collegiate levels, there is a rich depth of talent for sides to pick from. McWilliams and various members of staff at RUNY have been scouring tape from across the nation to find players that could best suit them.

“I think sometimes you can get bogged down by thinking all of the best players are going to be playing Division 1 in the best programmes,” McWilliams said. “There are a lot of players who will go to some Division 2 schools anywhere in America, terrific talent that hasn’t been unearthed yet. The more years this draft develops, in a couple of years, you are really going to see some smashing players coming out of the perceived weaker programmes.

“The key thing to play rugby at a high level is how you use your brain and how you understand the game and how you are able to make decisions under pressure, at speed. Athletic ability is important, of course, but actually it is one of the lesser things in my opinion that you need to play the game at the highest level.

Taking place on Saturday, the MLR Draft is merely the start of a new generation for rugby in America. With a more direct pathway for players to the top level and an ability to progress to the national side, this is no doubt a positive step forward for not only the league competition, but USA Rugby as a whole.