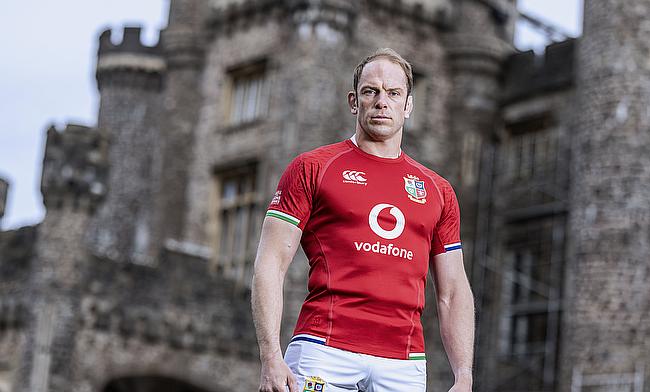 ‘Reputation and talent means nothing’ as England prepare for a summer of development
'You’d think everyone should get the same opportunity' - Is rugby being treated differently to other sports?
Consistency and a 'goldilocks' period - The latest ahead of the Premiership final
England coach Eddie Jones confident of Manu Tuilagi's comeback

As much as the British and Irish Lions victory over Japan should be taking all the headlines, the test at Murrayfield was marred by injuries to Alun Wyn Jones and Justin Tipuric.

The fixture was still in its infancy when the Lions’ captain was forced off the field. His arm was raised, suggesting a break, but of course we will wait a little longer until we know for definite about the future of the Welshman.

With Courtney Lawes introduced to the fray after energetic opening exchanges, adding his power to an already weighty Lions pack. Power was a major contributor to the first try, Bundee Aki’s burst eventually leading to Josh Adams’ try in the corner, the Cardiff man stretching his arm out well in front of his body.

Duhan van der Merwe then made his impact on proceedings. Having had a couple of bruising carries already, the South Africa-born wing spotting a lack of a guard at the ruck and ran over the whitewash unopposed.

It was in the following period of play that Tipuric was forced to leave the field, much like Jones it was the left arm that seemed to be the bother and Taulupe Faletau was brought on. This was hardly disruptive to the Lions’ flow and scored a try through Robbie Henshaw.

There was nothing much to write home about as the first half came to a close, perhaps the biggest drama being the announcement that the bars would be closed for the rest of the day, but positive signs that the Lions have gelled well early on in their journey.

It was a slow burn to start the second period, again the opening exchanges were energetic and bright. It took a quite frankly mesmerising line from Tadhg Beirne to recommence the scoring, the Irishman thoroughly enjoying his try scoring effort.

Japan would not be left scoreless, a converted try from the world-class Kazuki Himeno and a penalty from Yuri Tamura ended the scoring for the day.

It was of course not perfect and there are plenty of questions to be asked about the fitness of Alun Wyn Jones and Justin Tipuric in the hours to come. Japan were excellent value for money and it was hard not to feel the affection for Jamie Joseph’s men resurface after having not seen them since the World Cup over 18 months ago.

The next test for the Lions will be against the Emirates Lions next Saturday as the road to the tests continue.