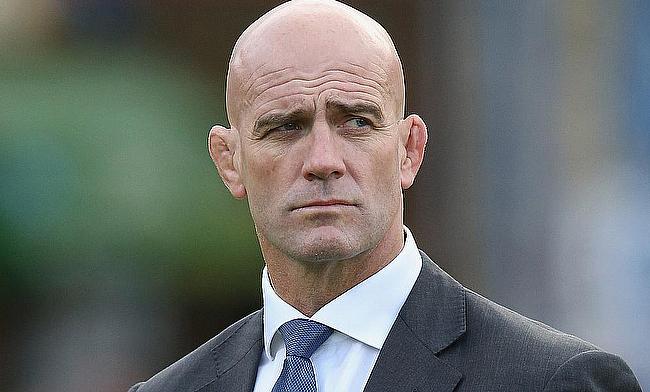 Maybe this is the summer where we finally learn about England’s untapped potential.

When Eddie Jones’ side toiled during the Six Nations earlier this year, the spotlight was on his selections and the need to perhaps roll the dice and deviate from ‘Plan A’.

For some, the fact Paolo Odogwu was kept as a peripheral figure during the championships was a head-scratcher considering that the Wasps back was flying for his club side at that point in the season.

But with the British and Irish Lions tour taking place in South Africa, the England head coach has been forced to reshuffle his pack and blood new players, with 13 of them set for their first international auditions against Scotland ‘A’.

Jones will be taking a back seat on Sunday as defence coach John Mitchell leads the team at Mattioli Woods Welford Road and the next three weeks will allow England’s brains trust to assess their wider pool of talent.

“This squad has grown over the past few weeks,” Mitchell said. “There has been the thinking of creating the right competition so that one, the players are presented an opportunity and two, the players who have missed selection, we look at their response.

“It’s always a really good time in the cycle leading up to the World Cup where guys can present a case for their future, but they can only do it by focusing on what’s best for the team first and getting their job right within the team and the rest will take care of itself.”

One of the players making their debut on Sunday will do so as captain. Lewis Ludlow was a standout performer for Gloucester [the Premiership’s top tackler with 280] and the Cherry and Whites skipper will lead England for their first of three summer fixtures.

11 uncapped players will start for England A on Sunday ?? pic.twitter.com/rAga9yB3TK

“He has been an exceptional captain for Gloucester,” Mitchell added. “Some of the qualities which stick out for us is that he is very solution-based under pressure. He invites people in and he is clearly a very gritty player himself. He is a good line-out forward, a very good linking forward and just throws everything into it. He will certainly lead by the front and I expect others to follow him.”

“I was shocked,” Ludlow added. “Eddie rang me a few weeks ago before the initial camps that he was thinking about putting me in the leadership group which again was a massive shock having only just started captaining my club this year.

“When he asked me to captain the side this weekend, it was just disbelief to be honest! There are a lot more people in here with caps. It has been a good week’s training. I think I have grown into the leadership role this week and I was just super-excited when he said I had the opportunity to start, let alone captain the side.”

Jones said on Thursday that once the captain is decided for this weekend’s outing, “they will get the chance to do the job and if they do it well, they can continue and if they don’t, they will be rotated.”

It is an obvious thing to conclude, but if Ludlow shines in Leicester, he could skipper the side for the Tests against the USA and Canada with the wider view of leaving an imprint in the mind of the England head coach.

Ben Curry will be keen to have a similar impact. The Sale back-row has been plagued by injuries that have denied him his opportunity with the national side, but after roaring back to fitness towards the end of the season - combined with his brother Tom away with the Lions and an injury to Sam Underhill (concussion) - Sunday finally provides the 23-year-old with his chance and he will be keen to grasp it with both hands.

In 2017, England had players absent due to injury or away on Lions duty, which presented the aforementioned Tom with his own opportunity on the international stage. He earned his first cap against Argentina so Ben will want to emulate the path his twin brother has taken if he can impress this summer.

The same can be said for the likes of Harry Randall, who has been given the nod ahead of Dan Robson and Alex Mitchell at scrum-half whilst half-back partner Jacob Umaga will be looking to execute a solid display in the 10 shirt with Marcus Smith [Harlequins] and Joe Simmonds [Exeter Chiefs] ending their club commitments after this weekend’s Gallagher Premiership final.

Ellis Genge and Charlie Ewels are the only members of the XV who have won more than 10 caps and for the latter, he recognises the platform summer tours can provide players during a Lions series.

Four years ago, Bath’s club captain made his second international appearance against Argentina and he believes the new faces in the squad will help England’s development as they build towards the World Cup in 2023.

“It is exciting,” said Ewels, who was also part of the last England ‘A’ fixture five years ago. “There are a lot of young guys who are bringing loads of energy. There are a lot of guys who have been around the Premiership for a few years and are playing really well.

“Those are guys you have tested yourself against in the league and it is good to train with them and I am looking forward to playing with them. They have got some new ideas. I have probably learnt more in the last two weeks than I have in a long time just talking to guys in terms of how they do things.

“Argentina was one of my first opportunities. It was the first time I had been given some extended responsibility around the line-out. I got capped in the autumn before, but off the bench. I was just a bag of nerves and full of excitement and it just feels that little bit different.

“Now you have got all of these guys that have come in. They are now desperate to play. We have trained hard for two weeks. The bit that is sort of missing now is ‘let’s go and test ourselves in a match.’ We have pushed it as hard as we can in training and we have gone hard against each other so now let’s see what we can do together in a game.”

Nine Scotland players to miss Sunday’s clash due to Covid

Scotland’s final preparations for Sunday’s meeting with England have been disrupted as a player within their camp tested positive for Covid-19, meaning eight other members of the squad who were close contacts also need to self-isolate.

Jones told the England players on Thursday about the situation and Mitchell added: “The one thing we can control is our own preparation. We are probably pretty fortunate now that we have been through three different campaigns where we have had to adapt to circumstances like this. It has almost become the norm. Nothing will change in terms of how we prepare.

“We’re still very vigilant in terms of Covid protocols. The good thing is there’s so much more human interaction, whereas the previous campaign was a lot colder. The weather has been fantastic as well, we’ve got great facilities to train in. But people love the people connection, the ability to connect, but also being mindful that when you’re inside you’ve got to be aware of the two metres social distancing and the masks.”

As John Mitchell said before, this is a perfect time in a World Cup cycle so why not join England in their preparations for France 2023 by booking your trip with Sportsbreak! More details HERE