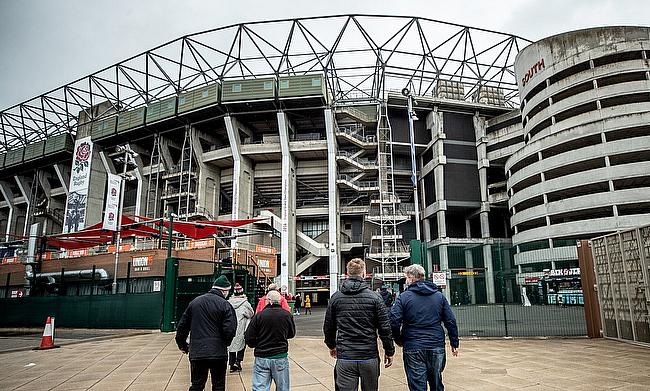 10,000 fans will be at Twickenham for the Gallagher Premiership Final
©EPCR

Since the return of fans in recent weeks as Covid-19 protocols continue to be eased, there have been plenty of highlights doing the rounds.

Whether it be the chants of ‘It’s coming home’ at Wembley or the beer snake at Edgbaston, which was the highlight of an otherwise disappointing test match against New Zealand.

In these examples, 22,000 and 18,000 fans were given entry to venues, whilst for the Premiership Final on Saturday, just 10,000 will be passing through the turnstiles.

Even at Murrayfield for the British and Irish Lions’ first test of the summer against Japan, there will be 16,500 extra bodies in Edinburgh, which given Scotland’s firm stance on the nations reopening, is something of a miracle.

This was of course not always the plan, with double the amount expected until last Friday when the Government capped the capacity. Hoping to have been a test pilot event, like the cricket tests at Edgbaston, it certainly comes across as a blow to the sport.

“It is fantastic that there are some supporters there, because we went to two finals an semi-finals last year with zero supporters there, so that is a very positive step forward,” Rob Baxter said on Wednesday.

“I know they are saying it is limited to 10,000, but pretty much every other sport seems to have some event going on where they have got a lot more than 10,000 people. So, why rugby in particular has been singled out, I don’t know. It is obviously frustrating for the supporters because there are literally going to be thousands of supporters who would have gone, who aren’t going to be able to go.

“That’s a shame, but it is like anything. We are kind of in a scenario at the moment, where you have just got to try keep taking the positives, haven’t you? Getting 10,000 there is better than having nobody there.”

Salt is rubbed in the would further with the announcement that 65,000 will be able to attend Wembley at the Euros, a capacity crowd 140,000 are expected to attend Silverstone in July and at the conclusion of Wimbledon, Centre Court is due to have a full house.

As much as all of these recent announcements are being deliberated by experts in the national media, the fact still remains that a Twickenham that is only an eighth full will be something of a desolate spectacle in contrast to the other sports that rugby competes with.

“I don’t know if it is just rugby in general being treated unfairly, but you’d think everyone should get the same opportunity,” Sam Simmonds said. “Everyone should be equal across the board. We had 3,500 here (Sandy Park) last weekend, and the week before, and it was very loud.

“I think 10,000 fans is going to be different from what we have been used to. We will embrace it, it would be great to have a full stadium or at least the same as what Wembley is going to have, but that is not the case and we will have to use it as a driver because it is not just fans that haven’t been seeing us for the past two years, it is family and friends.

“They have missed so much of our success over the last year, we would love to have them celebrate with us at the weekend.”

In recent weeks the likes of Joe Marler and Danny Care have glowed about having their fans back. It has put a pep in some players’ step and with artificial crowd noise fading away, the viewing experience at home has become greater too.

When interviewed exclusively by TRU several months ago, Exeter wing Jack Nowell expressed his desire to get back playing in front of his family again, saying it makes a ‘massive difference’ to him on the pitch and had very much the same message when asked about playing in recent weeks and the lower than expected attendance.

“It is awesome to have fans there,” Nowell said. “A lot of the boys took it for granted beforehand with packed stadiums and it was one of those givens, but having a year of not having it now, it has definitely made the boys miss it.

“For me, it is about having my family there, I know that if they are in the stand watching, I do perform a lot better. One, because they are there watching and two, you know you are going to be making them proud as well. So, for me, family is the main one, but it is unfortunate this week that we can’t have more.

“To be cut down to 10,000 when others are having a lot more than us, I think sucks. It kind of is what it is, but I am sure the noise will come from those 10,000 that are coming to watch and are lucky enough to be there.”