All eyes on centre stage for Townsend and Scotland against Argentina 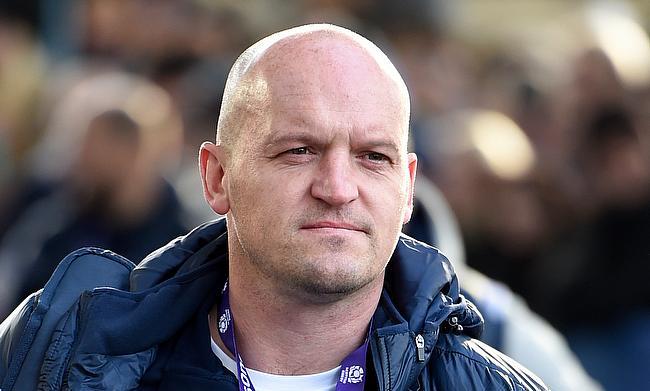 Scotland head coach Gregor Townsend admits he never liked playing inside centre during his career, but has backed the current lead playmaker Finn Russell to adapt to the job of wearing number 12 with ease.

Russell, the 26-year-old Racing 92 man, has won all of his 39 caps to date at stand-off, but will start the final Autumn Test at home to Argentina on Saturday at inside centre.

That is to allow Townsend - who mainly played 10 and 13 during his own Scotland career between 1993 and 2003 - to have another look at Glasgow Warriors’ Adam Hastings at fly-half and to see how the talented duo link-up together in the midfield against Los Pumas.

“I didn’t really like 12, so I played mainly at 13, but I think Finn has the attributes to play 12 better than certainly when I played and because Finn has played 12 [at club level] and done well there, that’s in my memory bank,” Townsend said.

“He’s obviously got to defend differently there and he’s got to carry the ball as second receiver. We should see other aspects of his game which are strong points such as his carrying game, which we didn’t get to see last week against South Africa or don’t get to see enough of when he’s playing 10.

“Last week, we’d have liked to see more of him as a ball carrier as a 10. A lot of that was due to the defence we were up against, who were very strong in that area. He should certainly get opportunities to carry this week.”

And as well as seeing the duo link-up well, he wants them to use whatever ball they get to feed outside centre Huw Jones along with the back three of Blair Kinghorn, Sean Maitland and Stuart Hogg,

“I see the roles of 10 and 12 more to facilitate and work hard to make sure they are in positions to make use of the ball, either from the forwards or directly from nine,” the head coach stated.

“Now, Adam and Finn have got their own abilities to run and that’s exciting in the positions they play in, but for me, their first role from an attacking point of view is to make sure they are putting other players in space.

“So, to have two people who can do that in that first receiver or second receiver position has a lot of potential. They’ve just got to make sure they work hard to get in those positions and we execute whatever’s on.

“Both are very good runners and good passers. They might end up looking like they are playing 10 and 12, but playing differently during the game.

“I do remember the Edinburgh-Glasgow game last year when Adam came off the bench and he and Finn combined really well a couple of times. Adam was a young player at the time and had not had that much professional experience.

“We believe Finn being outside him will help him. We also believe that combination can put Argentina under a lot of pressure, both through their passing and kicking but also through their running threats.

“Given Adam’s form, we want to give him a second start [of the Autumn] and we feel having Finn and Greig [Laidlaw] either side of him will help him a lot.”

Scotland go into the match with just one win from three this November.

Scotland v Argentina is on Saturday, November 24 at 2.30pm

Finn Russell opens up on his strained relationship with Gregor Townsend