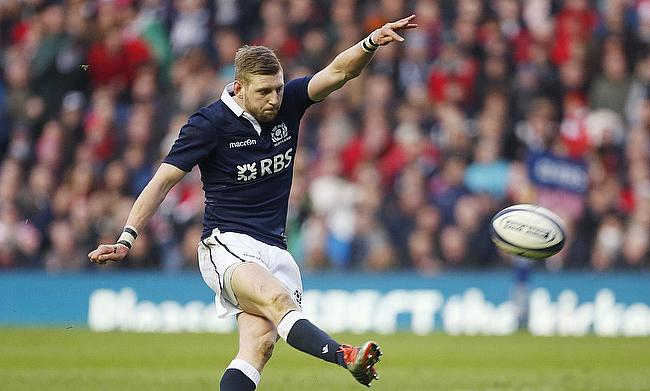 Scotland head coach Gregor Townsend has made eight changes to the starting line-up for the final autumn international clash against Argentina at BT Murrayfield Stadium on Saturday.

Finn Russell, who started at fly-half during the game against South Africa will move to centre as Adam Hastings takes over the fly-half role. Blair Kinghorn makes his first start for the Dark Blues in the November series replacing Tommy Seymour, who is out of the matchday 23 squad.

The front-row sees a new combination of loosehead prop Allan Dell, hooker Fraser Brown and tighthead prop Simon Berghan starting after they earned a promotion from the bench while Grant Gilchrist returns at lock with Jamie Ritchie and Josh Strauss restored in back-row. This will also be the first start for Strauss since the summer tour last year.

"We've been conscious of rotating the squad to enable as many players as possible to be in the best physical condition for each contest," said Townsend.

"We are expecting those selected this weekend to bring energy and huge effort to the game and seize the opportunity to perform at their best level against a very good team.

"It will be another huge challenge, not only for our forward pack, but also for our defence - as Argentina play ambitious, skilful and effective attacking rugby."

With Ben Toolis dropping out of the matchday squad, Ryan Wilson and Willem Nel drop on the bench along with Sam Skinner.