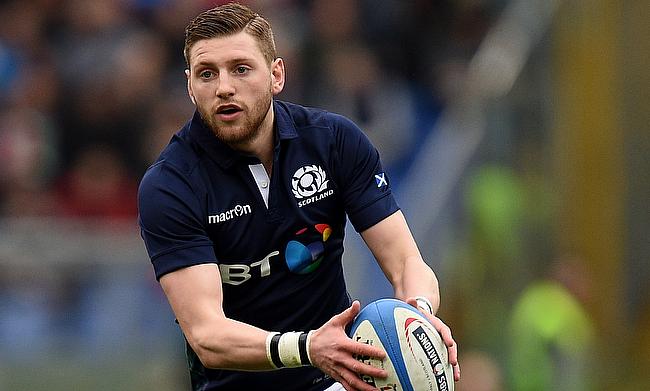 Scotland international Finn Russell will not be available for the next three tour games for the British and Irish Lions due to an Achilles tear.

Russell, who has played 55 times for Scotland has been instrumental for the Dark Blues and Racing 92 in recent seasons played in the opening two warm-up games against Sigma Lions and Cell C Sharks but was forced to miss the second encounter against the Durban based side on Saturday.

Warren Gatland has already called-up England international Marcus Smith has a cover for Russell, who will now be unavailable until the start of the Test series against South Africa on 24th July.

"If he makes good progress we'll assess him going forward. If he's not, then there's a possibility he may go home," said Gatland.

"Finn's had an injection. It's not a strained Achilles, there's a slight, wee tear in it. That'll keep him out for the next couple of weeks.

Gatland is also excited to have Smith in the squad after the 22-year-old had a tremendous domestic season that helped Harlequins win the Premiership title for the second time.

“We have two experienced fly halves in Owen Farrell and Dan Biggar, so it’s a great opportunity for the continued development of Marcus.

“I’ve been following him closely for the past 12 months and I’ve been impressed with how well he’s matured as a player.

“Finn and Marcus are similar in that they like to play with a bit of freedom, so, for me, it’s as close to a like-for-like cover as we can get. We look forward to welcoming him to the group in Cape Town.”

Meanwhile, Maro Itoje, who missed the game against Sharks due gastric illness is unlikely to be available for the next game against South Africa A that will be played in Cape Town on Wednesday.