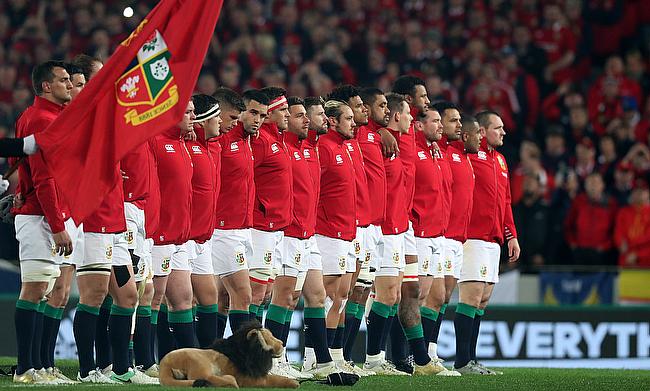 Marcus Smith called up to the Lions as England score 10 tries against Canada
Lee Mears Column: The situation in South Africa may actually galvanise the Lions and the Springboks
Jamie George to lead Lions for second encounter against Sharks
British and Irish Lions to face Sharks for second time after Bulls fixture postponed

British and Irish Lions ran a 11-try riot as they maintained their winning streak in the ongoing tour of South Africa with a 71-31 win over Cell C Sharks at Loftus Versfeld.

This is the second successive for the Lions against Sharks in four days as they previously registered a 54-7 win.

The Lions were forced to make two changes with Maro Itoje was ruled out because of a mild gastric bug while Finn Russell was ruled out with an Achilles injury.

The visitors opened their account in the fifth minute as van der Merwe went on to breach Sharks' defence early before finding Harris, who went over and Dan Biggar kicked the conversion making it 0-7.

The response from Sharks came in the 11th minute when they capitalised on an error from Daly with Anthony Volmink speeding his way over the line and Lionel Cronje improves it with the scores levelled.

The South African side stepped up the gears and claimed the lead for the first time in the 15th minute when a grubber kick from Cronje allowed Thaakir Abrahams to dot down. The fly-half missed out on the conversion as the scores became 12-7 but the scores were once again levelled by the start of the second quarter with George touching down at the back of a driving maul.

Sharks once again went in the front with Jaden Hendrikse intercepted a poor Gareth Davies's pass on his way over the line in the 25th minute but a minute later Dan Biggar makes a break in midfield and offloads well to Liam Williams, who in turn sent Duhan van der Merwe over. Biggar kicked the conversion as the scoreline became 19-19.

Around the half-hour mark, Sharks had an opportunity to seize the lead but Cronje's penalty goal went wide but in the 36th minute once again Lions' indiscipline costed them as van der Merwe spilled a long pass which Thaakir Abrahams picked up and sent an inside pass from Anthony Volmink as he dived from close range but the teams were unseparated by the end of the opening half with Beirne dotted down just before the break.

Six minutes into the second half, Sharks were reduced to 14 players with Jaden Hendrikse sent-off elbowing Liam Williams in the back of his head and after consultation with TMO, referee Wayne Barnes handed red card to the scrum-half.

With the numerical advantage on their side, Lions went on to score their sixth try with Conan diving from close range after assistance from Beirne but Biggar missed out on the conversion making it 26-31 before Daly dived over at the back of a line out after collecting a wide pass from Conor Murray to make it 26-38 by the 51st minute.

Two minutes later, Sharks once again clawed their way back into the game Werner Kok seized on a loose ball to complete their fifth try while also bringing the gap down to seven points but the Lions were relentless as they scored two more tries in the next six minutes.

First it was George, who went past a couple of Sharks defenders to cross the whitewash in the 55th minute following which an inside pass from Biggar sent Anthony Watson over in the 59th minute. A double conversion from Biggar took Lions past the 50-point mark.

There were no stopping Gatland's men from there on as Beirne ran unopposed to complete his second in the 65th minute and a combination of Biggar and Watson allowed Curry to dive over in the 67th minute making it 31-66. Even though Lions, lost Murray to sin-bin in the 76th minute, that did not stop them from completing their 11th try that came through Watson, who sped his way past the Sharks defence to get his second try. Daly missed out on the conversion but the Lions went on to register another win in the tour with a 40-point margin.