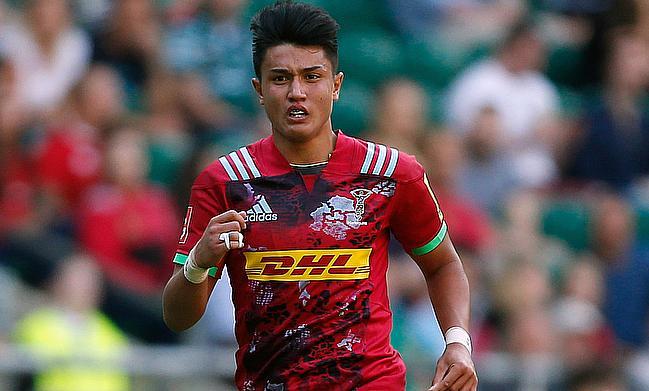 Lee Mears Column: The situation in South Africa may actually galvanise the Lions and the Springboks
Jamie George to lead Lions for second encounter against Sharks
Ruben de Haas Exclusive: “If you are not winning, you will never be satisfied.”
Rugby Canada on how this summer is preparing them for their World Cup qualifiers

By the time the final whistle had blown, all that was left to talk about was Marcus Smith’s call up to the British and Irish Lions in South Africa, the 22-year-old one of the stars of the game, as Jamie Blamire and Adam Radwan both scored hat-tricks.

Whilst the score-line may have heavily favoured England throughout this fixture, this was not to say that Canada did not cause problems. Kingsley Jones’ team were always in the faces of their opposition, their tries from Ross Braude and Kainoa Lloyd in the first half testament to this.

Braude’s score came just five minutes after England established their power game early, Newcastle’s Jamie Blamire crashing over at the back of a maul. Braude’s effort provided some hope for the visitors, but in the minutes that followed, Eddie Jones’ experimental England side used the pack again to secure a penalty try, Austin’s Reece O’Gorman sent to the bin.

Adam Radwan then raced over for a score on his debut, before Joe Cokanasiga powered over twice. England captain would have counted himself lucky not to have seen red, the flanker sticking his leg into the ruck, his knee colliding with Jake Ilnicki’s nose.

With the man advantage, Canada scored through Kainoa Lloyd. A second try for Jamie Blamire brought about the end of the first half and it was as the second half got underway that attention was drawn away from the game.

England’s Marcus Smith was called up to the Lions, his fine display in West London – as well as in the weeks prior – signifying exactly why the 22-year-old is heading to the Southern Hemisphere.

Tries for Ellis Genge, as well as hat-trick scores for Newcastle’s Radwan and Blamire put 70 on the board for England, Smith leaving the field to rapturous applause, the news having spread to the 10,000 in attendance.

There would be no further scores in the encounter, England seeing the game out in some comfort, their new players having applied themselves well against a tricky Canadian opposition.

Now, let’s be honest here, you’re not really bothered about my thoughts today, and neither am I in all honesty. Everything is about Marcus Smith right now, and rightly so.

If you mainly want to know about that, then click here and you can read some quotes from the 22-year-old and England head coach Eddie Jones, but if you want to hear some musings about both of England and Canada, then crack on.

Let’s start with the visitors. As someone born in the country I was keeping a keen eye on those boys and I honestly don’t feel as though Kingsley Jones’ side put across a bad account of themselves.

Fulltime at @Twickenhamstad as Canada fall to @EnglandRugby. Valuable lessons learned, as we look toward the RWC Qualifiers in September ?? pic.twitter.com/WIDtl0gV2z

Playing these games will only be to the benefit of the players and there were individuals who stepped up. Ross Braude was one, Lucas Rumball, Conor Keys and Ben LeSage others, that quartet looking relatively at home on the big stage, the others perhaps looking a little nervy, perhaps, but not wholly out of place.

It was little things about Canada that bugged me, missed kicks to touch and such like. Those are the things that should be seen as simple at any level of rugby, it gives away an opportunity for a team to put their foot on the throats of their opposition and build from there.

Of course the likes of Tyler Ardron and Evan Olmstead have been unavailable, each possessing invaluable professional experience in tier one nations.

What this opportunity was for their head coach was to see blood some youngsters and provide himself with greater depth going forward, which can only be to the team’s advantage when their World Cup qualifiers roll about in a couple of months time.

As for England, again it feels as though there are more questions than answers. From this reporters perspective, the likes of Marcus Smith, Jamie Blamire, Alex Dombrandt and even Adam Radwan have properly played themselves into contention for future caps.

The reasoning for Smith is pretty obvious and the question may well be asked why Harry Randall wasn’t on that shortlist, but having had an erratic performance at Twickenham today, it feels as though his international future isn’t as secure as once thought.

"Words can't describe it... I was getting a bit emotional in the changing room." ??@Alex_dombrandt on his friend @MarcuSmith10's @lionsofficial call-up, making his debut and the end of the season ??@O2sports @jameshaskell @nolli15 #WearTheRose pic.twitter.com/T8U00KAJRt

Jamie Blamire has now scored four tries for England in two appearances, all apart from one thanks to his excellent darts at the lineout. Only 23, the Falcon is seven years Jamie George’s junior and five years younger than Luke Cowan-Dickie, meaning he could well be the link between this current generation and the next, and I wouldn’t be opposed to seeing more of him.

Giving an impassioned interview after learning that his friend and colleague Smith was going to be a Lion, Alex Dombrandt may not have been on the scoresheet yesterday afternoon, but he put out a well-rounded performance.

Maybe one of the biggest questions that has surrounded the No. 8 is to do with his defence and there was certainly no faults there, but attack is very much the former Cardiff Met man’s game, the 24-year-old assisting two tries, working well in the wide channels and showing his natural athleticism to good effect.

For these reasons alone, it would be more than fair to suggest that the Harlequin can rival Billy Vunipola for consistent selection in the back-row. You can already imagine him, Tom Curry and Sam Underhill absolutely tearing up.

Blamire’s club teammate, Radwan, was mightily impressive also, another 23-year-old, also scored a hat-trick. His first every England appearance, having not played age-grade rugby for his country, saw him light up Twickenham. Every time he touched the ball, he was explosive, leaving his opposition in his wake.

Perhaps we have another out and out speedster to rival Jonny May, his first outing likely to lead to another selection in the Autumn should club form remain consistent.