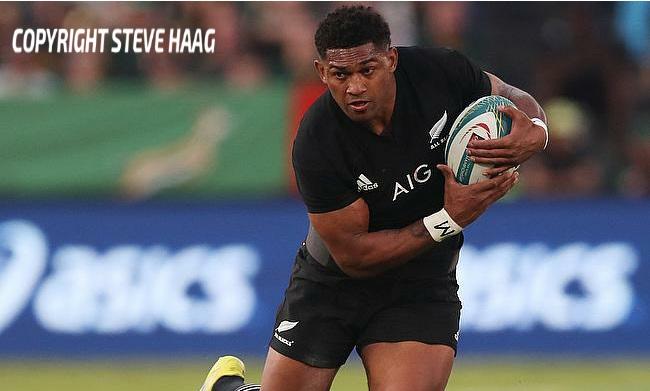 Just over a year ago, TRU’s Joe Harvey put together a Premiership XV of the players that would be coming to English shores to ply their trade.

With a Rugby World Cup taking place, there will be an influx of foreign players coming to the northern hemisphere, so there will be even more world class players in the Premiership.

A British and Irish Lion, Dell has grown on the international stage since making his debut for Scotland in 2016 and he will now be one of many incoming London Irish players that will start off their season at the World Cup in Japan.

A more than dependable scrummager, South African-born Dell has been a major part of Edinburgh’s recent success and will be missed tremendously by his club north of the border. With the likes of Sekope Kepu also joining the front-row, Irish will be particularly difficult to slow down when it comes to the scrum.

Baldwin was Warren Gatland’s starting hookers at the last Rugby World Cup, but four years and a lion bite later, Baldwin is on his way to London to gain a staring berth in Paul Gustard’s front row. At the age of 31, Baldwin will be one of the more experienced internationals in the Quins number two shirt.

Having played nearly 200 games during his time at the Ospreys, Baldwin will be replacing the likes of Dave Ward who has moved on from Harlequins after plenty of chopping and changing at the hooker position for Quins.

Joining his brother Ben at Saints, Owen Franks could be coming to Franklin’s Gardens as a triple World Cup winner. Now that is a prospect. At the age of 31, it could be argued that Chris Boyd will get a good couple of seasons out of the tighthead.

Having played nearly every Test for the All Blacks since his international debut in 2009, Franks will be a superb role model for young English prop Ehren Painter as the former Cambridge and Bury St. Edmunds man continues his development.

Only aged 26, it does seem that De Jager has been on the international scene for a while having started playing professional rugby at the age of 19. No doubt a starter for Rassie Erasmus at the upcoming World Cup in Japan, De Jager will add more depth to this Sale Sharks squad.

This will be De Jager’s first time playing domestic rugby in the northern hemisphere, but the Boks’ immense experience at the highest level in the game will make the lock’s transition to the Premiership relatively simple.

Returning to the Premiership after five years away, Mafi has gained a lot of experience around the world, winning the Top 14 with Castes a year ago and representing Tonga at the last World Cup. A physical defender, Mafi thrived in France, playing some good rugby as Castres shocked everyone to win the title.

Like so many other players joining Irish, Mafi has a wealth of experience and is no doubt a part of Declan Kidney’s plans to re-establish Irish in the top flight.

Easily the unluckiest player in recent years, it is still unclear if Sean O’Brien will even make it to Japan this autumn. What is known is that when O’Brien is fit, he is simply unstoppable. Adept across the backrow, the Leinsterman is perhaps the world’s best flanker and will contribute effectively as Irish prepare for their move to Brentford.

Playing under Declan Kidney again, O’Brien will have to be a leader in the London Irish pack and with so many other quality players joining the club, there isn’t too heavy a burden on his shoulders. At the age of 32, O’Brien’s best rugby is potentially behind him, but fans should look forward to seeing him in action.

One of three Du Preez brothers moving to Manchester this summer, the flanker hasn’t played for the Springboks for nearly a year and has already had a spell in the Premiership for the club he is joining. A very mobile player on the field, Du Preez will be battling it out with the Curry twins and Jono Ross for a starting spot in Steve Diamond’s pack.

Jean-Luc is back for another stint at Sale!

This guy is a TANK. Come and see for yourself.#SharkTime | @UKFast pic.twitter.com/h1N52cIzuX

With so many quality players available for Rassie Erasmus, it is difficult to understand why the openside hasn’t got more caps, but South Africa’s loss will be Sale’s gain. The most important thing in rugby is depth and Sale will have it in bucket loads come kick-off.

There was a time not so long ago that former-Crusaders man Jordan Taufua was in the All Blacks camp, with a full-cap not too far away. A little further down the line, Taufua is now leaving Super Rugby behind to take up a starring role at one of England’s most famous clubs.

With several Barbarian caps, Taufua is an entertaining backrow to watch, uncompromising in attack and staunch in defence. He will hopefully bring Tigers some of the Crusaders’ winning mentality, something that Geordan Murphy’s side has been short off in recent years.

Having played at two Rugby World Cups for the Wallabies, Nick Phipps is seemingly out of contention this time around, with Will Genia and Nic White trading places in the gold jersey. Having been a consistent performer for both the Waratahs, the Rebels as well as his country his entire career, the scrumhalf will be offering that experience for Declan Kidney’s team as they hope to avoid relegation.

This isn’t the first time that we’ll see this Du Preez in a Sale shirt, with the fly-half having represented Steve Diamond’s side shortly last season. Adjusting to life in the Premiership with relative ease, fans can probably expect much of the same from the South African next season.

Having played quite well in what was a poor Sharks team in Super Rugby, Du Preez has suffered due to an abundance of quality 10’s in the Springbok ranks. With a solitary South Africa cap to his name, Du Preez certainly is international quality and will help Sale tremendously in both domestic and European competition.

More regularly known as a fullback, Matteo Minozzi’s breakthrough year was in the 2018 Six Nations where the Italian scored tries in four consecutive games in the tournament. Suffering an horrific injury that kept the former Zebre man out of action for much of last season, Minozzi is an extremely exciting prospect in the Wasps backline.

With a finish like this - it's little wonder Matteo Minozzi was selected as one of the 'Player of the Championship' nominees! #ThrowbackThursday pic.twitter.com/tGHMLVDQ7c

Likely to be fit for the World Cup in Japan, Minozzi will be arriving at the Ricoh later than some of the club’s other summer signings. Andrea Masi, former Italian international with 95 caps, works for the club’s academy and will no doubt help the 23-year-old settle in, allowing for Minozzi to flourish in the Premiership.

A versatile back, EW Viljoen is most comfortable in the centres and is no doubt a replacement for Matt Toomua who recently left Welford Road. Having represented South Africa Schools and South Africa U20s, Viljoen has been a consistent performer for the Stormers when called on for the past two years.

It is possible that the 24-year-old’s move to Leicester was helped along by Rassie Erasmus’ snub ahead of the Rugby Championship. Premiership fans will get to see plenty from the player, who Geordan Murphy has described as “versatile and skilful” upon signing the back.

Tongan-born Malakai Fekitoa hasn’t played for New Zealand since the last British and Irish Lions tour, having gone on to play for Toulon in the last two years. Having played alongside Ma’a Nonu for New Zealand’s 2015 World Cup win, Fekitoa is still 27 and will be offering Wasps the best years of his career.

Linking up with fellow Kiwis Lima Sopoaga, Jimmy Gopperth, Jeffrey Toomaga-Allen and Brad Shields, the centre will hopefully settle in quickly at the Ricoh. Like so many other teams, Wasps have invested heavily in their squad after a difficult campaign last season and Fekitoa will have to live up to his reputation and acquit himself to the Premiership quickly.

Waisake Naholo’s name alone is enough to warrant heading down to the Madjeski after the Kiwi winger arrives in England following his exploits with the All Blacks in Japan. A major part of their World Cup win in 2015, Naholo partners Rieko Ioane on the wings, allowing for a pretty lethal backline for Steve Hansen.

London Irish have really splashed the cash ahead of their return to the Premiership next season, as can be seen from this list. Declan Kidney will hope that Naholo’s bulldozing side will provide the tries to boost Irish up the league standings, preventing them from facing the drop yet again from the top-flight.

At the age of 27, Stuart Hogg is just entering his prime as a rugby player and having been a world-class performer for Scotland, his arrival in the Premiership is more than welcomed.

Chiefs have been chopping and changing at 15 for the past couple of seasons, with Jack Nowell wearing the shirt at the end of last season. Hogg will also hopefully end Chiefs’ longstanding indifference in the Champions Cup whilst also helping them compete on the domestic front once again.