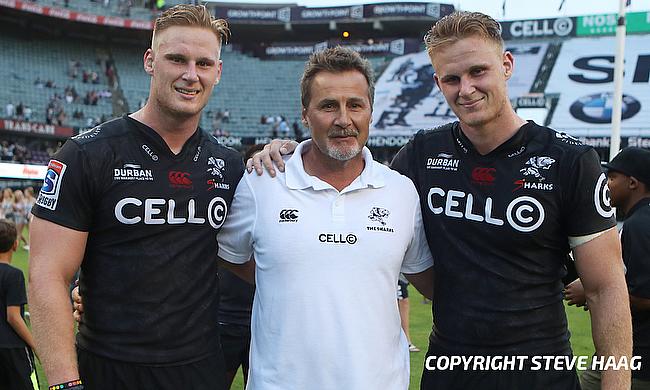 Sale Sharks have announced that Jean-Luc and Daniel Du Preez have signed permanent deals with the Gallagher Premiership club.

Both the players were already part of the AJ Bell Stadium outfit last season when they signed a short-term loan deal but now have managed to trigger the release contract from Sharks to continue featuring in the English Premiership.

“The twins joining the club on a permanent basis really completes the jigsaw in our pack so we can properly compete and challenge for silverware over the next few seasons," said Sale Sharks director of rugby Steve Diamond.

"We are delighted to have reached an agreement with the Cell-C Sharks and I look forward to welcoming the boys to Carrington in August.”

Jean-Luc initially joined Sale Sharks in November last year as an injury cover for Tom Curry and went on to make six appearances scoring a solitary try. He has also played 13 Tests for the Boks in the last two years while Daniel has made four appearances at international level until now.

“I’m really excited and honoured to announce that I will be joining Sale Sharks again. I really enjoyed my short stint with the club late last year, so much so that I have decided to sign another contract in the UK," said Jean-Luc.

"The club has set really high standards and the squad that has been built is really exciting and signals the clubs intent within the Gallagher Premiership".

“I’ve heard some really good things about the club from Rob and Jean-Luc and can’t wait to link up with Sale in the winter and play some rugby in the Gallagher Premiership with my brothers," added Dan.

"I’m excited about the new challenge ahead in Manchester and can’t wait to test myself in one of the toughest leagues in the world.”

Nine positive results in latest round of coronavirus testing in Premiership