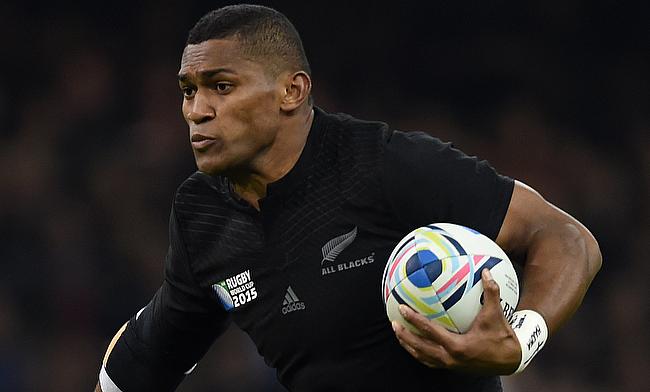 World Cup winning All Blacks wing Waisake Naholo has been signed by English club London Irish for the 2019/20 season.

Naholo will be the latest of the international player to join the Exiles after Australia's Sekope Kepu and Ireland's Paddy Jackson as London Irish aim to strengthen their squad ahead of their return to the Premiership.

The 28-year-old started his career with Wanganui in 2009 and was part of Taranaki and Blues before joining Highlanders in 2015. He has made 55 Super Rugby appearances and enjoyed a Super Rugby title with Highlanders during the 2015 season. He was also part of the New Zealand Under 20 side that went on to win the World U20 Championship in 2011.

“Following a great career with the All Blacks, Highlanders and Taranaki I am excited by the challenge of joining London Irish” said Naholo.

“London Irish is a team on the up and has an exciting future. There is plenty of ambition, a world-class training facility, a good group of coaches and players and some exciting signings coming in.

"The supporters have a great reputation as well and I'm looking forward to it.”

The 6ft 1in wing has played 26 Tests for the All Blacks since his debut in 2015 and has scored 16 tries in it. He was also part of the New Zealand squad that clinched the 2015 World Cup.

“Waisake is a top-class player who will bring great experience with him, which we hope he can pass onto our younger players as they continue their development with us,” said London Irish Director of Rugby Declan Kidney.

“We are delighted that a player of his ability and age profile has bought into our vision for where we as a club are working hard to get to. We look forward to welcoming him to Hazelwood when he is finished with his commitments with the NZRU.”