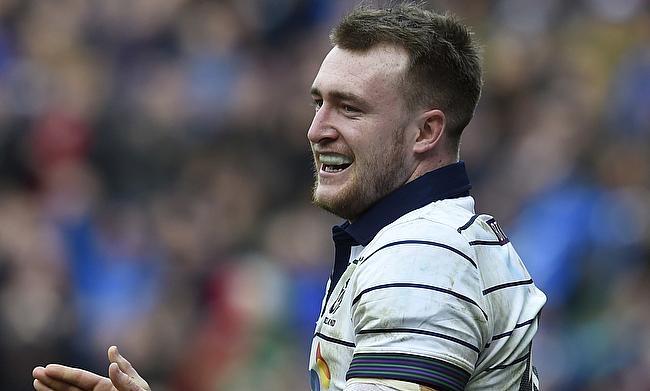 Scotland international Stuart Hogg is set to make his debut in the English Premiership after he signed a two-year deal with Exeter Chiefs beginning next summer.

The decision follows after the 26-year-old announced that he will part ways with Glasgow Warriors at the end of the ongoing season after being part of the Scottish club since 2010.

Hogg has been one of the mainstay in Glasgow's squad and has racked up 109 appearances for the club in which he scored 215 points that includes 29 tries. He also enjoyed Pro12 title win with the Scotstoun outfit during the 2014/15 season.

"I said I would decide my next step for family and rugby reasons and feel now is the right time to gain new rugby experiences and push myself in different situations where I will be challenged and hopefully improve further.

"You can see the club are hugely ambitious and want to win things and I'm very much the same.

"We are still less than halfway through my final season at the Warriors and there's a chance to do something special. That's the send-off I want to give the club and the fans."

Hogg has featured in 63 Tests for Scotland since his debut in 2012 and has scored 18 tries. He was also selected for the British and Irish Lions in 2013 and 2017 trip of Australia and New Zealand respectively, though his second tour was cut short by injury.

"We've tracked him for some time and we actually wanted to sign before he signed his last contract at Glasgow.

"At that stage it wasn't the right time for him to move, but now it is and we feel he will be a fantastic addition to our squad.

"Yes, it's a statement on our part. But, anyone who knows us and where we want to go, will understand that for us to move forward and win trophies we have to back ourselves fully and that means bringing in players who we feel will take us to that next level."

Exeter Chiefs have reached the final of the Premiership in the last three seasons while also managing to clinch the title during the 2016/17 season.